It’s the Manhattan deli where heroes are made.

A bodega owner pulled off a perfectly timed rescue Saturday morning in Washington Heights, yanking an injured pedestrian out from underneath a car that just struck him — moments before the driver reversed and rolled back toward the helpless victim, according to an eyewitness and stunning surveillance footage obtained by The Post.

The drama unfolded at 6:40 a.m. outside the Avi Deli at West 157th Street and Amsterdam Avenue when the driver of a blue BMW slammed into the unidentified victim as he crossed the street.

“[The driver] made a sudden right turn on Amsterdam — he was doing 20-30 miles on a turn!” said store owner Avi Balawi, 23. “He strikes the guy, but there was a fire hydrant there and the car was stuck.”

The victim, who Balawi described as about 45 years old, was pinned under the car between the two tires by the driver’s side.

“I saw the guy under the car on the camera and that’s when I came right out to see what’s going on,” Balawi said.

Fearing the driver might try to throw the car in reverse to get away — crushing the trapped man — Balawi took decisive action.

“I had three seconds to think,” Balawi said. “He looked at me. I looked at him. He was bleeding. He wanted to talk, but he can’t. Something was telling me ‘Pull him out! Pull him out!’ ”

“The RPM was loud,” he said. “I know he was going to try and do something stupid, so I have to pull this guy out.”

So Balawi pulled the dazed victim — “who couldn’t breathe, he couldn’t do anything” — out by his legs, and then tended to his head with a towel soaked in alcohol.

“I didn’t want him to get germs,” the conscientious deli man noted.

Seconds later, the BMW driver put the car in reverse, striking another vehicle, a wall and then another car, before taking off on foot.

Police later caught up with the driver, according to Balawi, but NYPD officials did not immediately confirm that or identify him. The victim was taken to Harlem Hospital, police said.

The Yemen-born Balawi, whose heroes are a neighborhood staple, insisted he wasn’t one.

“That’s God, not me,” he said. “Everything happens for a reason. I was there for reason and if you do good, good things come back to you . . . I know that God will always take care of me. I’m not really religious, but I believe in Karma, trust me.” 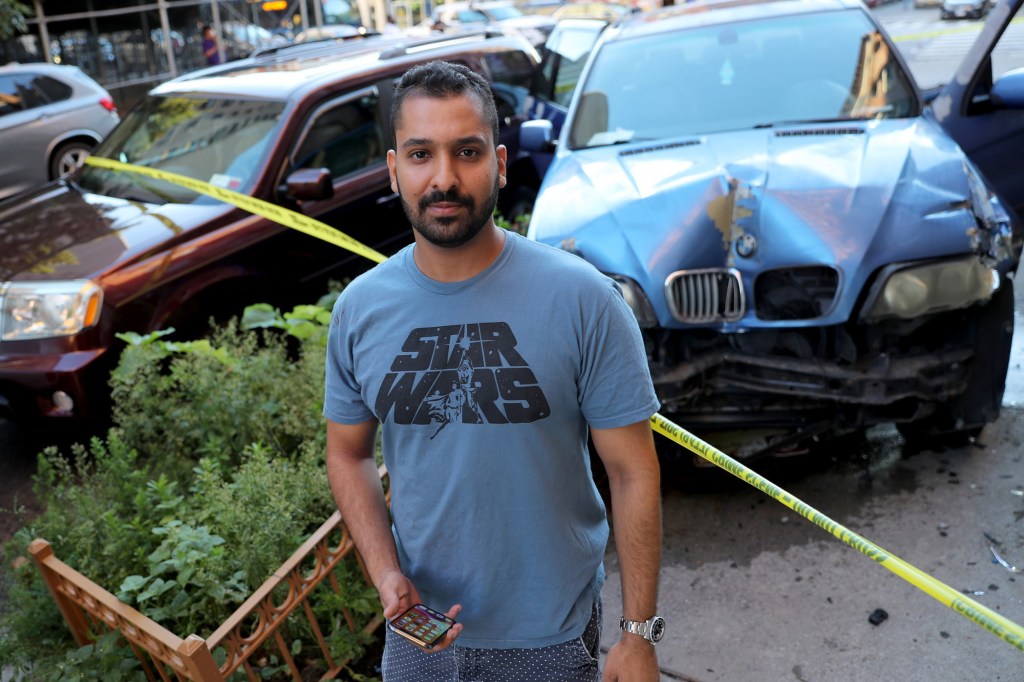 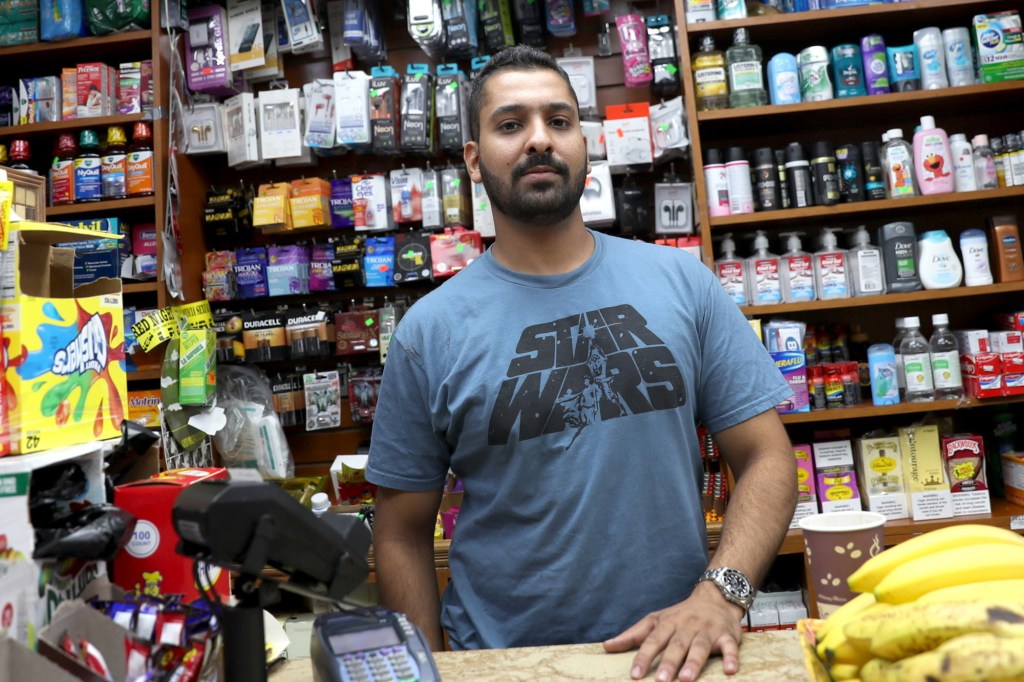 In the open letter, signed by 674 veterans, the writers…