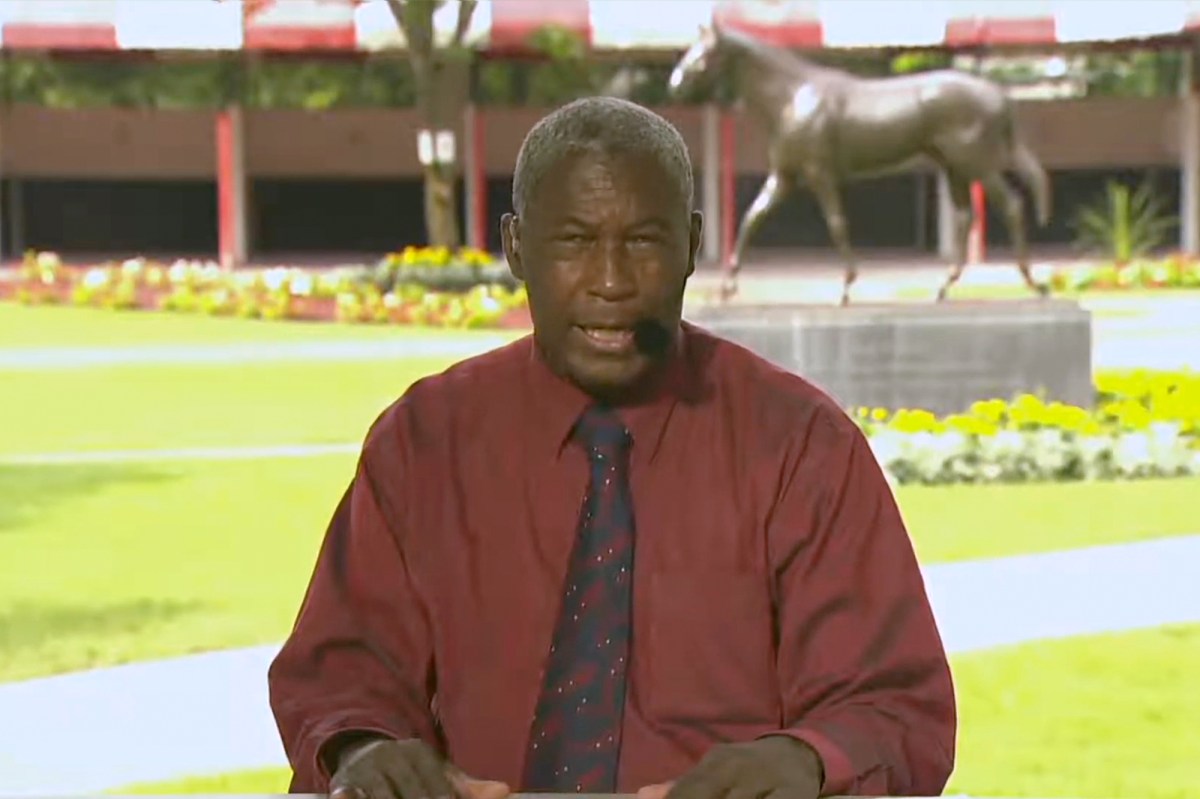 The New York Racing Association paid a black Spanish-language horse-racing announcer less than half the salary of white broadcasters who were required to perform fewer duties — and axed him after he complained about the disparity, according to a new federal lawsuit.

For six years, Luis Grandison worked as the first full-time Spanish-language horse-racing announcer at three of the state’s racetracks — including tony Belmont Park — and earned just $60,000 a year when he was sacked in June, the court papers say.

In contrast, white English-language announcer Tom Durkin earned $440,000 before retiring in 2014 and his successor Larry Collmus was paid more than $200,000 when he left the industry in 2020, the lawsuit charges.

“Larry Collmus is a white American man who performed the same primary race-calling duty as Grandison, except in English,” wrote Grandison’s lawyer Louis Pechman. Unlike Grandison, Durkin and Collmus did not have to work during the winter months, according to the suit filed Tuesday.

In 2018, Grandison, a native of Panama who has worked in the horse-racing industry since the 1970s, sent his supervisors a letter asking for a raise.  Eric Donovan, the NYRA’s director of TV and broadcast operations, and Antoine Allevato, an executive producer, denied the request.

Two months later he met with Donovan and allegedly complained that the average announcer in New York earned significantly more than him  — but his bid for more pay was shot down again, the papers say.

Grandison was hired in 2014 at $30,000 a year to call races in Spanish at Belmont Park, Saratoga Race Course and Aqueduct Racetrack, catering to the sport’s sizable Hispanic market. The court papers do not allege that his firing was retaliation.