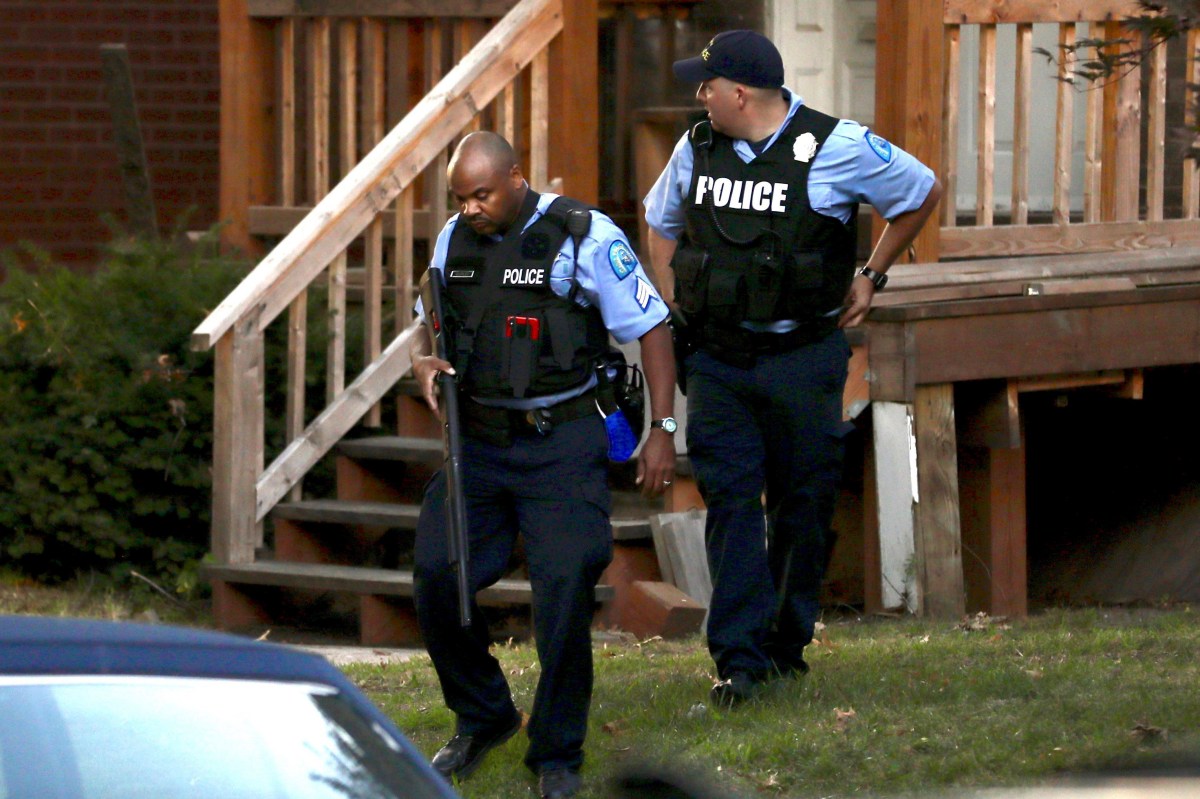 Two St. Louis police officers were shot in the line of duty Saturday, with one of them dying from his wounds Sunday, the department said.

The fallen officer, identified as Tamarris Bohannon, 29, served with the St. Louis Metropolitan Police Department for over three years.

Bohannon was struck in the head after responding to a shooting in the South Grand neighborhood near Tower Grove Park, police said.

Another officer, who is 30, was struck in the leg, treated and released from the hospital.

The officers were shot while searching for a reported gunshot victim.

The 43-year-old suspected gunman was taken into custody at about 5:30 a.m. Sunday after barricading himself inside a home for nearly 12 hours, authorities said.

“This is a horrific reminder of the dangers our brave men and women willingly face everyday to keep us safe,” Krewson said in a Sunday statement. “This is a terrible, senseless tragedy.”

St. Louis Metropolitan Police Department Chief John Hayden said eight of his officers have been shot in the line of duty since June 1.