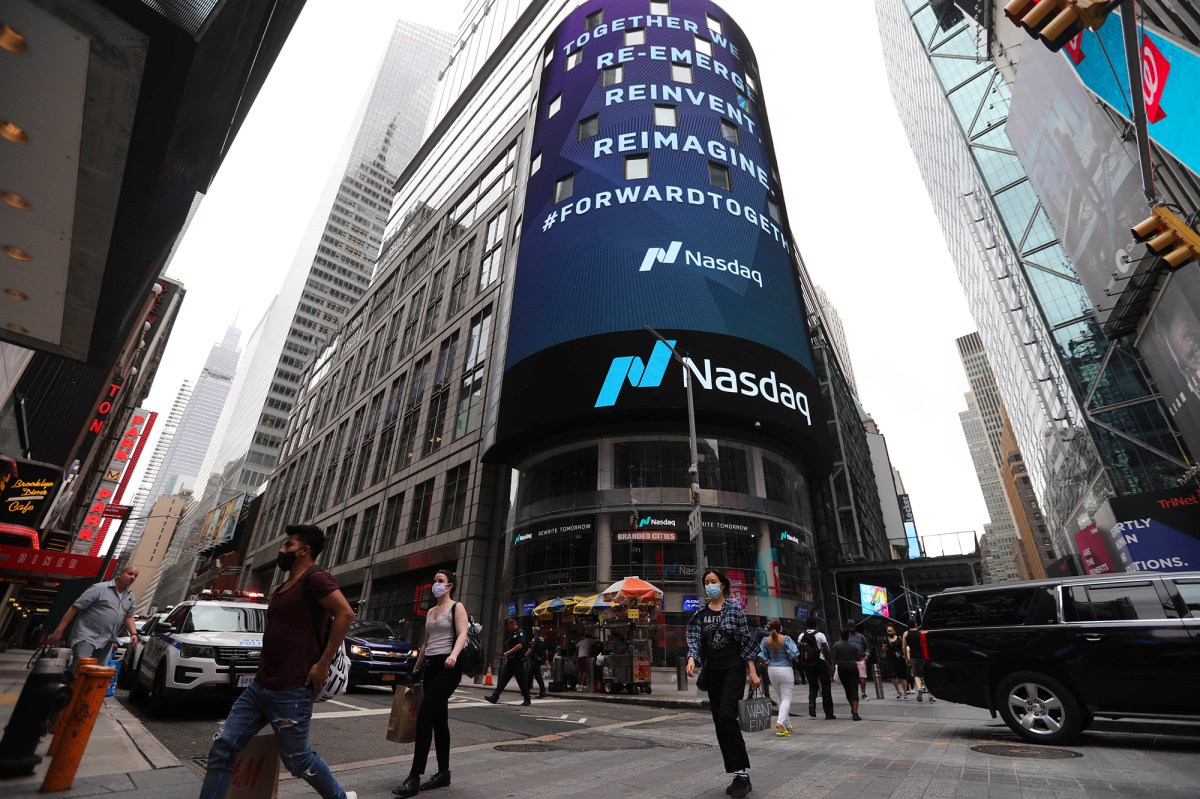 US stocks continued their retreat Monday as fears of more coronavirus lockdowns and a lack of economic support from Congress weighed on Wall Street.

The benchmark S&P 500 index dropped as much as 2.7 percent on its fourth straight down day, just about a month after reaching an all-time high. The tech-heavy Nasdaq posted a smaller loss of about 2.5 percent.

Investors are grappling with rising COVID-19 cases in parts of Europe and renewed lockdown measures in Spain, Denmark and Greece. The UK is also considering a second nationwide lockdown as officials warned that the nation could see roughly 50,000 new cases a day by mid-October.

“With numbers already on the rise at an alarming rate, the risk of more restrictions is high,” Craig Erlam, senior market analyst at OANDA, said in written commentary. “The consumer-led recovery may be put on hold before the situation gets out of hand again.”

The political firestorm sparked by the Friday death of Supreme Court Justice Ruth Bader Ginsburg also appeared to unnerve Wall Street as it could get in the way of another spending package to shore up the pandemic-battered economy.

President Trump plans to move quickly to nominate Ginsburg’s replacement, but Democrats have said the Senate should not vote on the appointment before the Nov. 3 presidential election. The fight makes it even less likely that an already deadlocked Congress will approve another stimulus bill anytime soon, according to analysts.