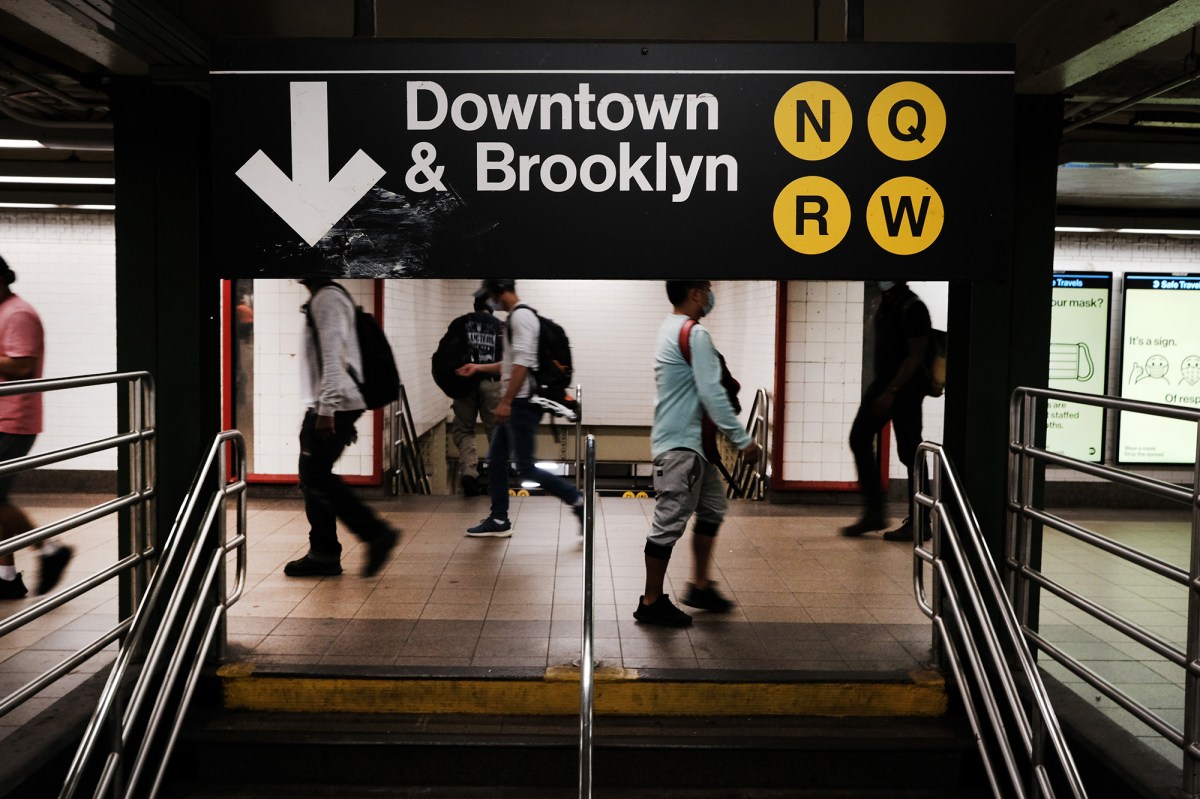 New Yorkers took 1.5 million subway trips in a single day on Thursday for the first time since the start of the Big Apple’s coronavirus pandemic in March, the MTA said.

“We’re glad so many of you are returning to us, because as always — there’s no better way to get around New York City,” the MTA said on Twitter.

But overall transit trips were actually down Thursday compared to the previous week — due to a dramatic drop on buses after the MTA reinstated fare collection and front-door boarding Monday.

Transit ridership has rebounded slowly over the summer, after plummeting 90 percent in March and April. Subway ridership at the end of June sat around 1 million trips per day.

“September and October are usually high ridership months, so I expect it to inch up more,” he said.

Pre-coronavirus daily ridership hovered around 5.5 million on subways and 1.8 million on buses.

“We’re seeing transmission rates below .5 percent even as we have 1.5 million people back on trains.” he said.

“That should tell you everything you need to know.”