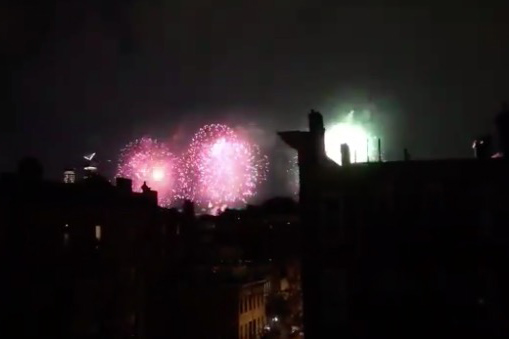 The coordinated display, shot from three barges, went off before 11 p.m. — coincidentally as President Trump was speaking at the Republican National Convention.

“Too late for this nonsense!!!” one Twitter user wrote.

Another person tweeted: “That finale had us thinking the city was under attack. Why you do dat???”

“What are these for ?! My poor pup is shaking! It sounded like gunshots at first !” a woman added.

Many on the social media platform were left wondering what was being celebrated at such a late hour.

The city’s official emergency notification system earlier Thursday night had sent out a notification that a fireworks show would go off at 7:50 p.m.

The city’s emergency management department, who sent out the alert, did not immediately respond to a request for comment.