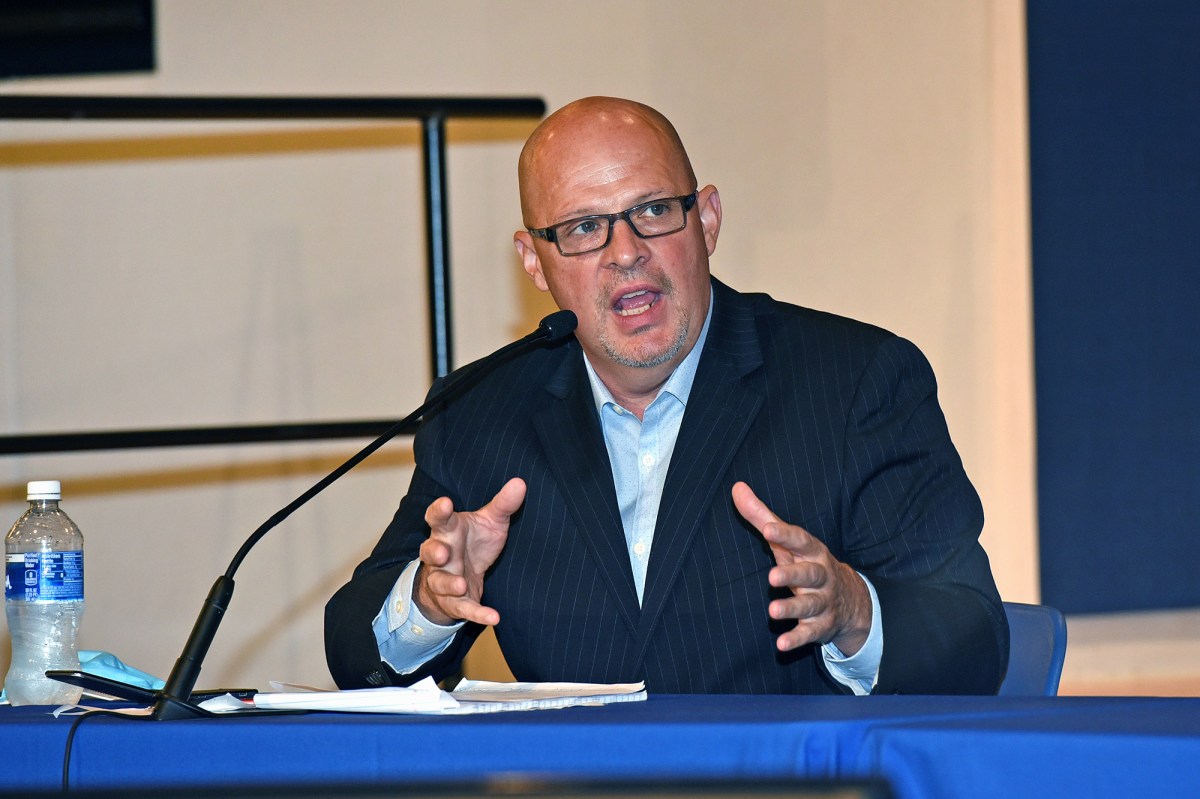 The union boss said that his organization could move towards a strike in the coming days if Mayor Bill de Blasio does not meet that demand in short order.

“We’ll know shortly over the next couple of days if we’re going to have a major war — even a bigger war — with the City of New York or if we can actually get to the hard work of preparing each one of our schools to open in a way that is safe,” Mulgrew said during a meeting of the Association for a Better New York.

While several key components of an accord with City Hall are in place, Mulgrew made clear that the absence of recurring mandatory tests could trigger a labor freeze.

“I cannot and I will not back off the fact that I said we would not go back unless independent medical experts gave us a stamp of approval,” he said. “So it’s not like the mayor is going to convince me not to have a mandated testing program. It’s not happening.”

Mulgrew speculated that City Hall has declined to require COVID-19 tests because of the politically fraught climate around required medical procedures and vaccines.

“There’s this reluctance to say to people that you need to be tested,” he said. “Which I don’t understand since we require vaccines. And I know sometimes they can be controversial. But we’re in a health crisis.”

Mulgrew also theorized that the DOE did not want to be saddled with widespread and recurring testing throughout the school year.

“Once you are responsible for something, especially in government, a lot of people don’t want to do it,” he said.

City Hall has stressed that city teachers who want to be tested at any point in the year will be accommodated.

The union chief said that there are additional hurdles to reopening schools on Sept. 10 — a date he said should be delayed to afford more time for preparation.

“I don’t know where this is going at this moment,” he said. “I know we’re not prepared as a school system. We still have not visited every building. Neither has the Department of Education. We do not have all the equipment and supplies in all of the schools. We have not checked all the schools for ventilation. But those that we have checked there are definitely problems.”

He also warned of teachers shortages, looming budgetary hits, and the need for expanded childcare provisions from City Hall.

“But these are not insurmountable things,” Mulgrew said. “These things can be overcome if we have a will to really partner and work together with both the Department of Education and City Hall. And we’re hoping to get there.”

He said that a Monday night meeting of the UFT executive board could be the first step down the road to a strike if that partnership falters.

“Quite frankly, if we don’t get there, tonight would be the start of the process,” he said. “But we’re going to ratchet up the pressure quite a bit. More than we have now at this moment.”

De Blasio has held his ground in the confrontation over reopening schools, arguing that working parents need scheduling relief and that kids would benefit from the partial revival of their school routine.