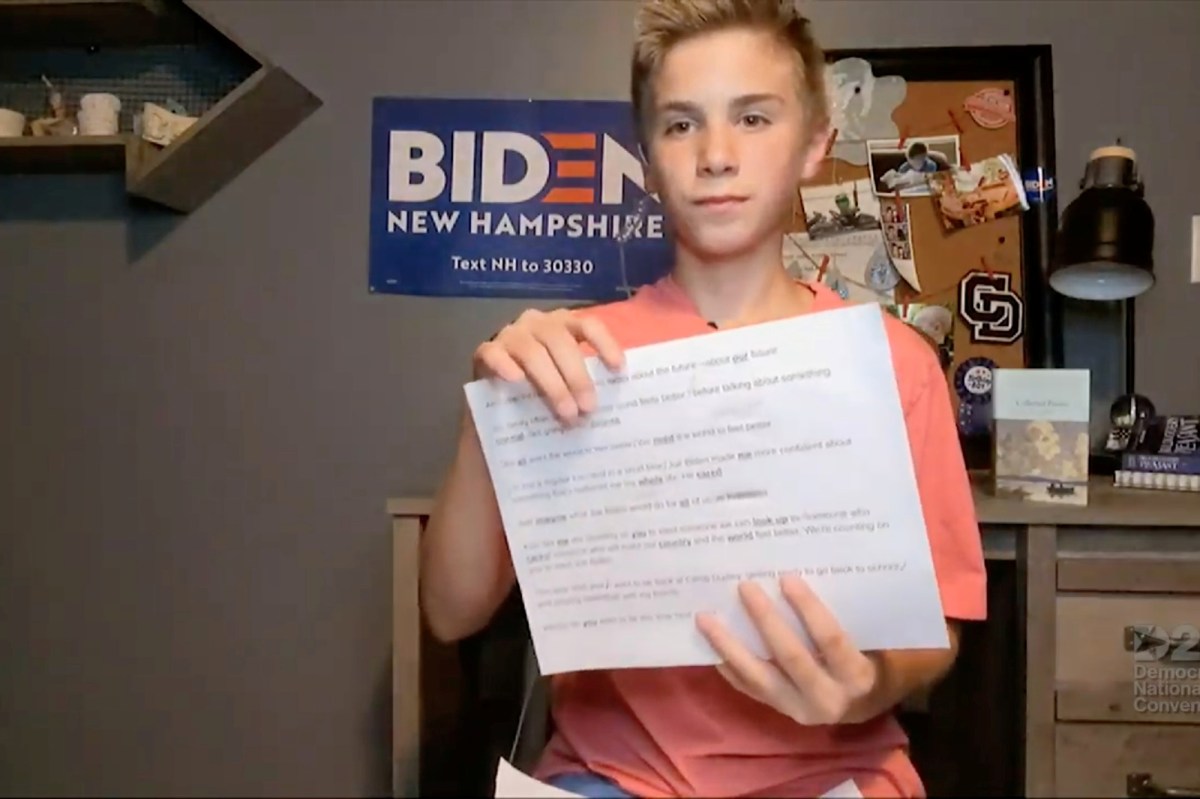 A brave 13-year-old boy described how Joe Biden helped him feel “more confident” about his stutter in a touching speech during the final night of the 2020 Democratic National Convention on Thursday.

Brayden Harrington met the Democratic presidential candidate earlier this year in New Hampshire, where he and Biden discovered they “were members of the same club — we stutter.”

“It was really amazing to hear that someone like me became vice president,” Harrington said in a video.

“I’m just a regular kid, and in a short amount of time Joe Biden made me more confident about something that’s bothered me my whole life,” he added.

Biden has previously opened up about his lifelong struggle with the speech impediment.

Harrington spoke about tips the former veep gave him, like practicing using a book of poems by William Butler Yeats and marking his addresses to make them easier to say out loud.

“So I did the same thing today,” Harrington said, “and now I’m here talking to you today about the future, about our future.”

He urged voters to cast their ballots for Biden in November.

“Kids like me are counting on you to elect someone we can all look up to,” Harrington said, “someone who cares, someone who will make our country and the world feel better.”

“We’re counting on you to elect Joe Biden.”