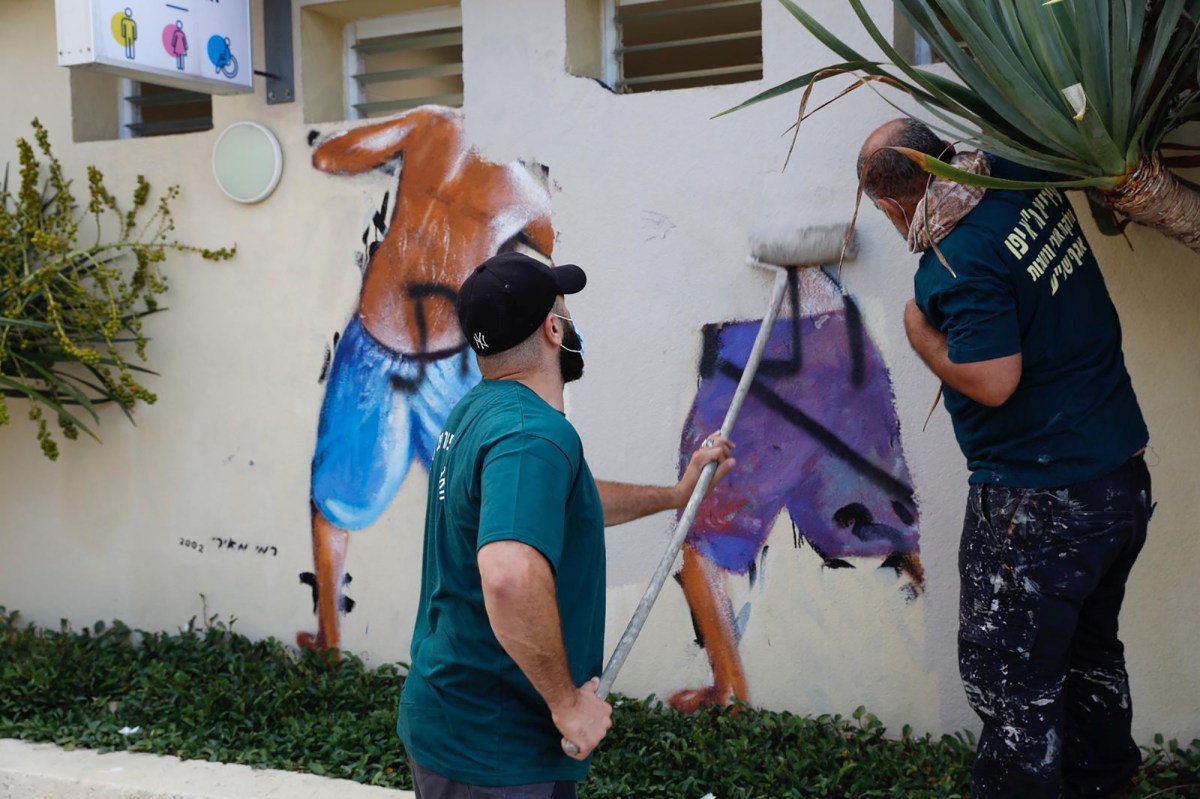 A “Peeping Toms” mural in Tel Aviv depicting men ogling women in a changing room at a beach has been erased – amid public outrage of the alleged gang rape of a 16-year-old girl, according to reports.

The controversial mural was created in 2000 by street artist Rami Meiri as an homage to the 1972 Israeli movie “Peeping Toms” — or “Metzitzim” in Hebrew, The Times of Israel reported.

The cult flick is about a lifeguard who spies on his friends’ sexual escapades at the beach, according to Reuters.

A municipal worker removed the longtime fixture – which showed two young men in bathing suits peering at women — with a paint roller from the exterior of a changing room.

The mural – which was located at what the Lonely Planet guide describes as “actually a family-friendly beach” — had been repeatedly defaced by women’s activists who complained that sexual assault cases in the country are not prosecuted thoroughly.

On Sunday, Tel Aviv Mayor Ron Huldai said it was time for the painting to be removed in the wake of the sexual assault against the teenage girl at the Red Sea resort town of Eilat on Aug. 12, according to Reuters.

“Freedom of expression and the arts are important values in our city, but because the painting was seen as acceptance of a forbidden and criminal act, we have decided to say goodbye to it,” Huldai said on Twitter.

Police have so far arrested 11 people in connection with the attack.