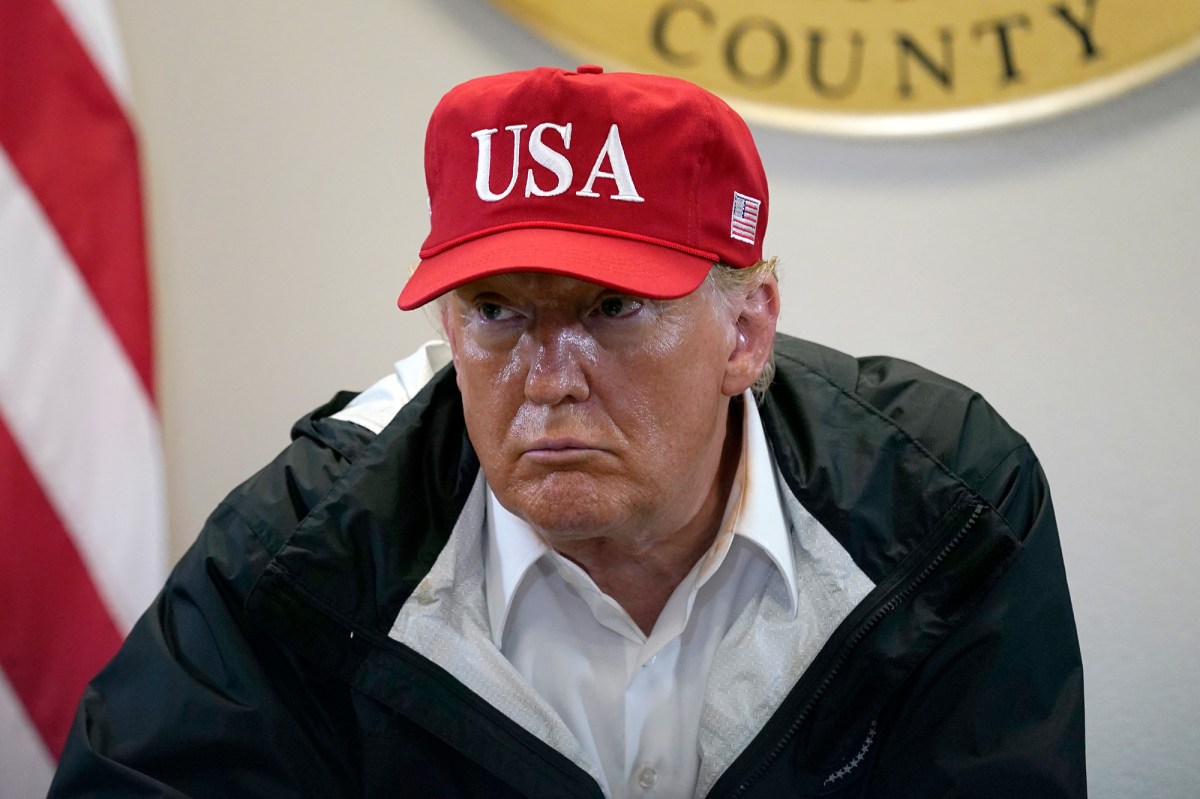 Leaking? No briefing for you.

President Trump accused members of the House Intelligence Committee of spilling sensitive information to the media Saturday as he explained why his administration will no longer provide in-person briefings on top-secret matters, including potential election interference.

Speaker of the House Nancy Pelosi and Rep. Adam Schiff (D-Calif.), the committee chairman, howled earlier in the day at news that Director of National Intelligence John Ratcliffe will switch to written briefings, calling the change “a shocking abdication of [his] lawful responsibility.”

But Trump, while surveying hurricane damage in Orange, Tex., slapped back:

“Director Ratcliffe brought information into the committee and the information leaked,” Trump told reporters. “Whether it was Shifty Schiff or someone else, you have leakers on the committee who are doing bad things … and he got tired of it.”

Trump did not point to any specific instances of leaking. But administration officials have expressed anger in recent weeks over intelligence leaks, such as the one regarding an alleged Russia-Taliban bounty plot which they said endangered national security.

But some congressional Democrats suspect the administration of trying to sweep evidence of foreign election interference under the rug.

“This … demonstrates that the Trump Administration is engaged in a politicized effort to withhold election-related information from Congress and the American people,” Pelosi and Schiff charged in a statement.