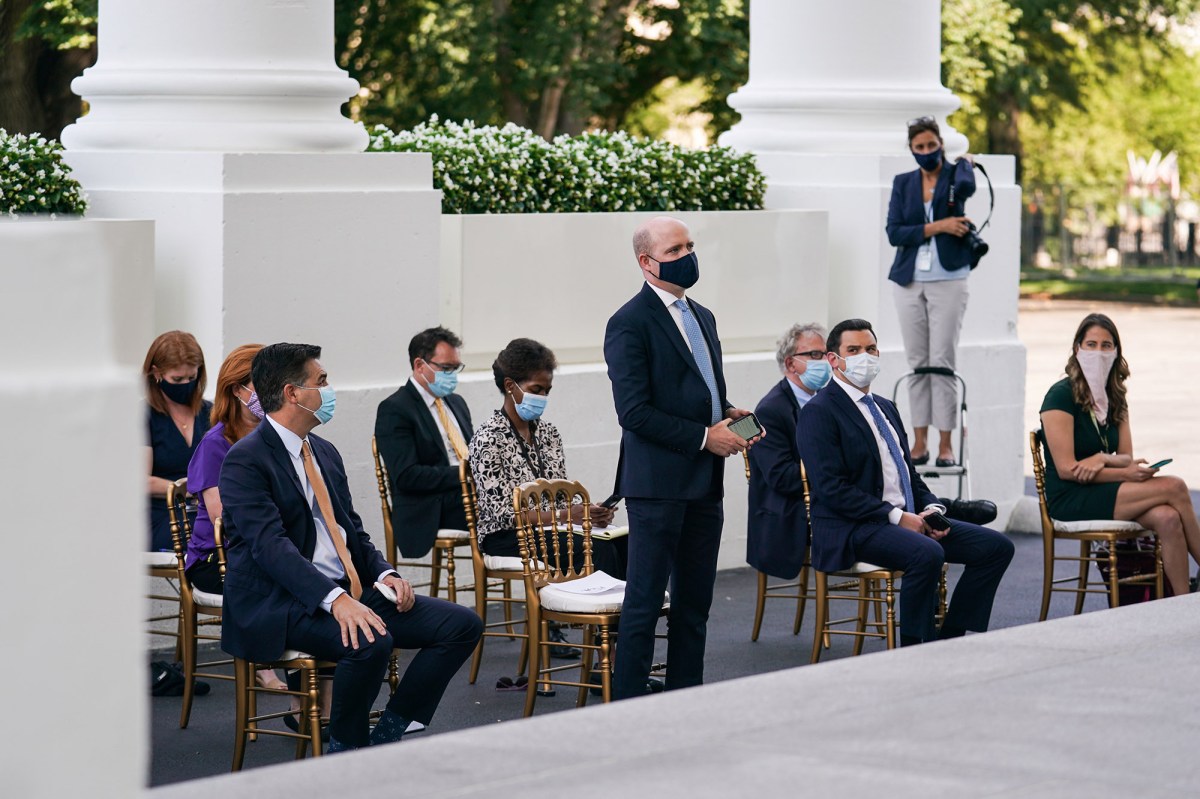 President Trump on Monday asked a reporter to remove his mask while asking a question, but the journalist instead offered to speak louder.

Mason, a former president of the White House Correspondents’ Association, which requires reporters to wear masks during the coronavirus pandemic, politely rebuffed Trump.

“You’re going to have to take that off, please. Just, you can take it off. You’re, how many feet are you away?” Trump said.

Trump objected: “Well, if you don’t take it off, you are very muffled. So if you would take it off, it would be a lot easier.”

Trump previously failed to persuade Mason to remove his face mask during a Rose Garden press conference in late May.

“Can you take it off? Because I cannot hear you,” Trump told Mason in May. When Mason offered to speak louder instead, Trump said, “you want to be politically correct.”

Mason, who Trump praised in the past, often defends the independence of the press corps.

“I don’t think any of us came here for a lecture about our questioning,” he told former acting intelligence director Richard Grenell at a press briefing on Friday, defending another journalist.

On Monday, some journalists did remove their masks, including a correspondent for One America News and a reporter for The Guardian.

“You sound so clear, as opposed to everybody else,” Trump told The Guardian’s correspondent.

Most reporters did not wear masks during White House coronavirus press briefings in March and April, nor did health leaders such as Drs. Anthony Fauci and Deborah Birx.

More recently, journalists have embraced the health precaution as White House aides and some reporters test positive for the virus. Reporters at press briefings with Trump generally are not tested for COVID-19 unless they are part of a small daily press pool.