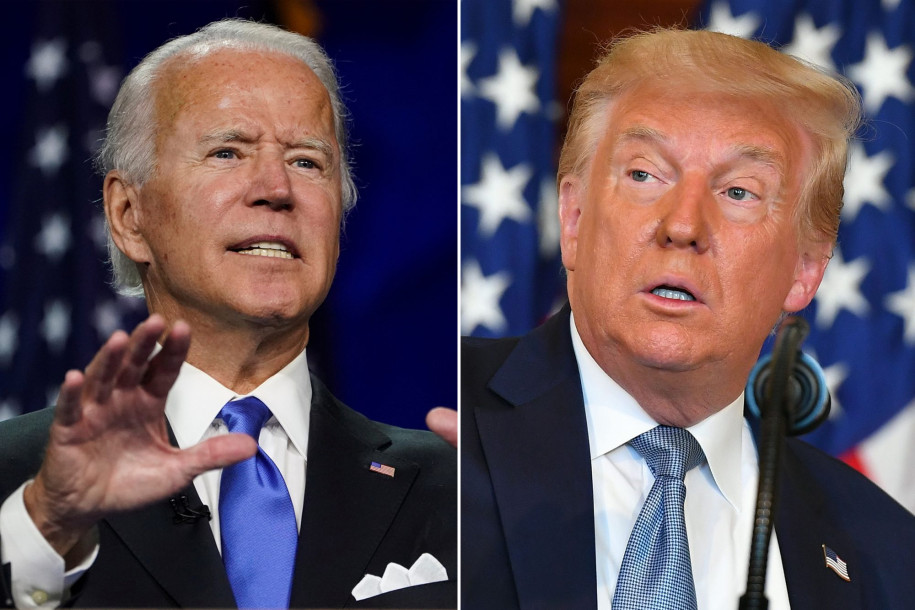 President Trump is calling for Joe Biden to be drug-tested ahead of the presidential debates to ensure he’s not using performance-enhancing drugs.

“I don’t know that they’ll let me do it, but I think that they should do it,” Trump told the Washington Examiner on Wednesday in an Oval Office interview.

Trump often accuses Biden of being senile and said that he believes Biden may have been using drugs when he faced off with Vermont Sen. Bernie Sanders in the final debate of the Democratic primaries.

“Somebody said to me, ‘He must be on drugs.’ I don’t know if that’s true or not, but I’m asking for a drug test. Both candidates. Me, too. I take an aspirin a day,” Trump said on the third day of a mostly virtual Republican National Convention.

Trump also called for Democrat Hillary Clinton to be drug-tested in the 2016 debates.

The president said it was reasonable to insist on a drug-free debate with Biden.

“It’s no different from the gladiators, except we have to use our brain and our mouth. And our body to stand. I want all standing; they want to sit down,” Trump said.

Spokespeople for the Biden campaign did not immediately respond to a request for comment.

Trump unsuccessfully sought a fourth debate against Biden, arguing it was unfair for mail-in ballots to be distributed before the candidates face off. The Commission on Presidential Debates rejected Trump’s request.

The first debate is scheduled for Sept. 29 in Cleveland; followed by an Oct. 15 debate in Miami.; and an Oct. 22 debate in Nashville, Tenn.