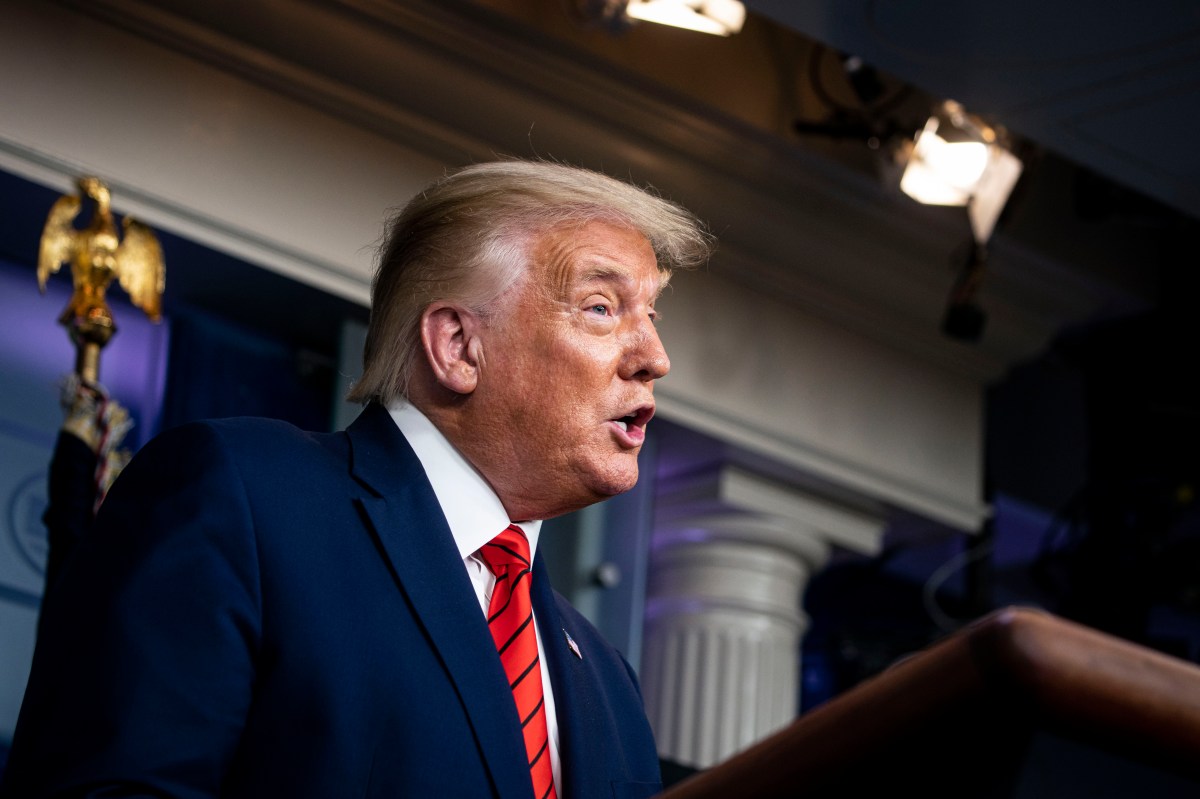 President Trump on Monday appeared to defend the 17-year-old accused of shooting dead two Black Lives Matter protesters in Kenosha, Wisconsin last week — saying the teenager “probably would have been killed” had he not fired his weapon.

The president declined to denounce the killings and repeated an attorney’s claim that Kyle Rittenhouse acted in self-defense, based on a video on social media.

“That was an interesting situation. He was trying to get away from them, I guess, it looked like,” Trump said at a press conference, “and he fell, and then they very violently attacked him.”

“He was in very big trouble,” Trump continued. “He probably would have been killed.”

The video in question shows Rittenhouse — who has been charged with murder — being chased before he fell and fired the AR-15 style .223 rifle he was illegally carrying.

However, at that point, the teen suspect had already shot and killed one protester during a confrontation, according to charging documents and video.

Trump repeatedly noted that the shooting was still under investigation.

He made the remarks during a White House briefing, a day before he was set to travel to Kenosha, where unrest erupted last week after the police shooting of Jacob Blake.

Wisconsin Gov. Tony Evers has asked the president to reconsider his visit.