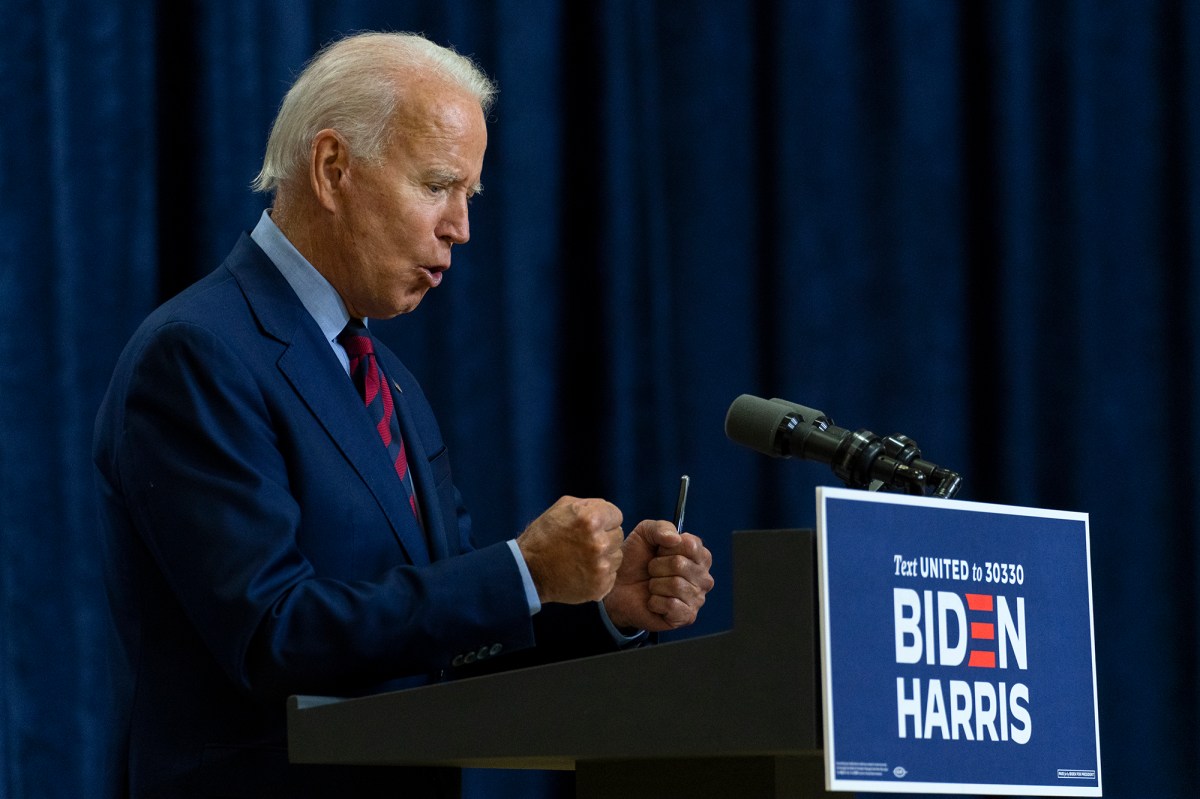 Here’s one thing that isn’t bigger in Texas.

Democratic presidential candidate Joe Biden’s polling lead over Donald Trump in The Lone Star State has vanished, with the incumbent now in the driver’s seat with less than two months to Election Day.

Trump leads Biden by two percentage points, 48 to 46, among likely voters in a new poll released Sunday by The Dallas Morning News and the University of Texas at Tyler.

That marks a seven-point swing from a July poll by the same institutions that found Biden up 46 to 41, with 14 percent of voters then undecided.

The latest poll, which surveyed 1,176 registered voters between August 28 and September 2, now puts the race for Texas and its whopping 38 electoral votes at a virtual coin flip, with Trump’s lead within the margin of error.

Among all registered voters who responded, Biden is still barely on top, 44 to 43.

A Monmouth University poll released last week found that Trump was also cutting into Biden’s lead in the battleground state of Pennsylvania.