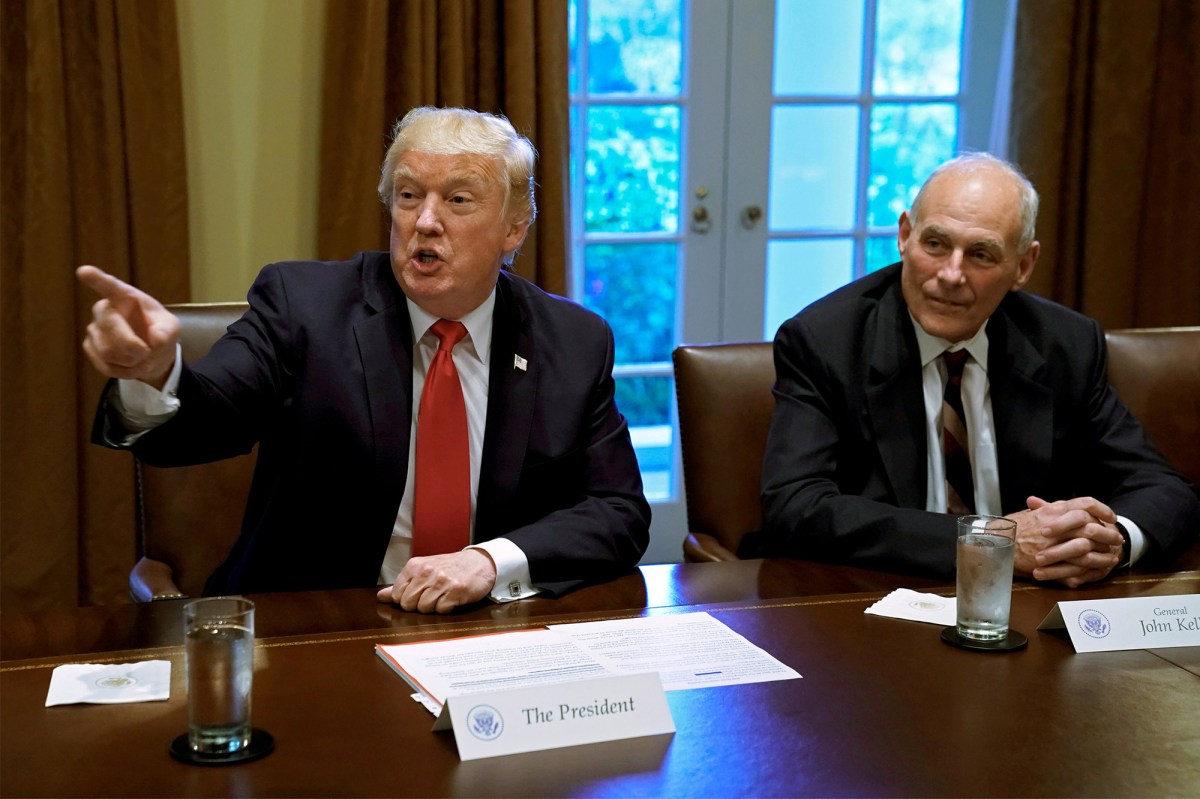 President Trump is touting a top aide to former White House Chief of Staff John Kelly, who said in an interview that he never heard the commander-in-chief refer to America’s war dead as “losers” during a trip two years ago to mark the 100th anniversary of World War I.

In an interview published Monday on Breitbart, the former deputy White House Chief of Staff said he wasn’t a source for the article in The Atlantic that raised the claims.

“You can put me on record denying that I spoke with The Atlantic,” Fuentes said. “I don’t know who the sources are. I did not hear POTUS call anyone losers when I told him about the weather. Honestly, do you think General Kelly would have stood by and let ANYONE call fallen Marines losers?”

And he said the anonymous sources on which the report was based “are unlikely first hand accounts.”

“They are conflating those people from something the day after,” Fuentes said.

Jeffrey Goldberg, the editor-in-chief of the magazine, wrote last week in an article citing anonymous sources that Trump referred to US Marines killed in World War I and buried in a cemetery outside Paris as “losers” and called the 1,800 marines who died in the battle of Belleau Wood as “suckers” for getting killed.

Trump had vehemently denied making the remarks and continued his defense during a White House press briefing on Monday.

“The story is a hoax, written by a guy who’s got a tremendous bad history,” the president said, calling Goldberg a “big Obama person… a big Clinton person.”

“And so I was happy to see that Zach came out and said it’s not true,” he said, adding that 15 people have disputed the report “and these are people that were there.”

Kelly, a retired Marine Corps general, accompanied Trump during the November 2018 visit to France to commemorate the centennial of World War I ending.

Kelly has remained tight-lipped about his time in the White House and hasn’t confirmed or denied the remarks reported in The Atlantic.

“He was with me, didn’t do a good job, had no temperament, and ultimately he was petered out,” Trump said at a White House news briefing. “He got eaten alive. He was unable to handle the pressure of this job.”

Former National Security Adviser John Bolton, who was also on the trip, said he didn’t hear Trump disparage the troops.

Bolton told the New York Times that the cancellation was a “straight weather call” and that Trump “accepted it and that was pretty much the end of it.”