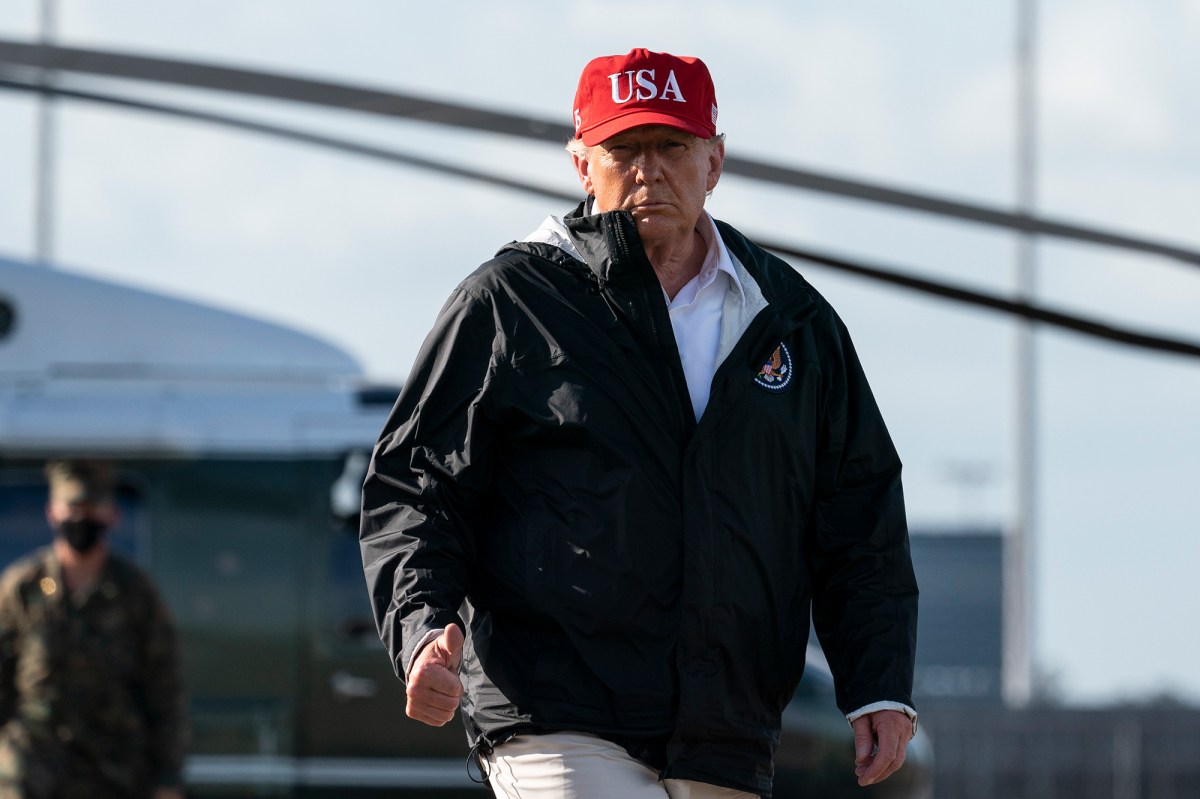 President Trump will visit Kenosha, Wisconsin, on Tuesday to support residents in the protest- and violence-torn town, a spokesman said Saturday night.

He will meet with law enforcement and survey damage from recent riots, the spokeman, Judd Deere, told reporters on board Air Force One, as the president returned from a trip to Louisiana, where he surveyed damage from Hurricane Laura.

“It’s a great state, Wisconsin, a great state, and they should not have to put up with what they went through,” Trump said earlier Saturday, speaking of the days of mayhem that followed the police shooting of Jacob Blake last Sunday.

“It was not a good sight,” Trump had said of Blake’s wounding. “I didn’t like the sight of it, certainly.”

“We were finally able to get the go-ahead from local authorities to send in the National Guard,” Trump told reporters Saturday as he met with  officials to discuss the aftermath of Hurricane Laura.

“The governor let us do what we had to do and we cleaned it out.”

Trump still would not weigh in on Kyle Rittenhouse, the 17-year-old who allegedly shot and killed two rioters in the street fighting that followed Blake’s shooting.

“That is under investigation right now and they will be reporting back to me and we’ll have a comment about it,” Trump said. “We’re looking at it very, very carefully.”

In a video speech sent to the annual meeting of the National Guard Association Saturday, Biden said Trump had deployed them “to quote, ‘dominate,’ your fellow citizens for exercising their right to peacefully protest,” ABC News reported.

“As president … I’ll never use the military as a prop or as a private militia to violate rights of fellow citizens,” Biden said. “That’s not law and order.”