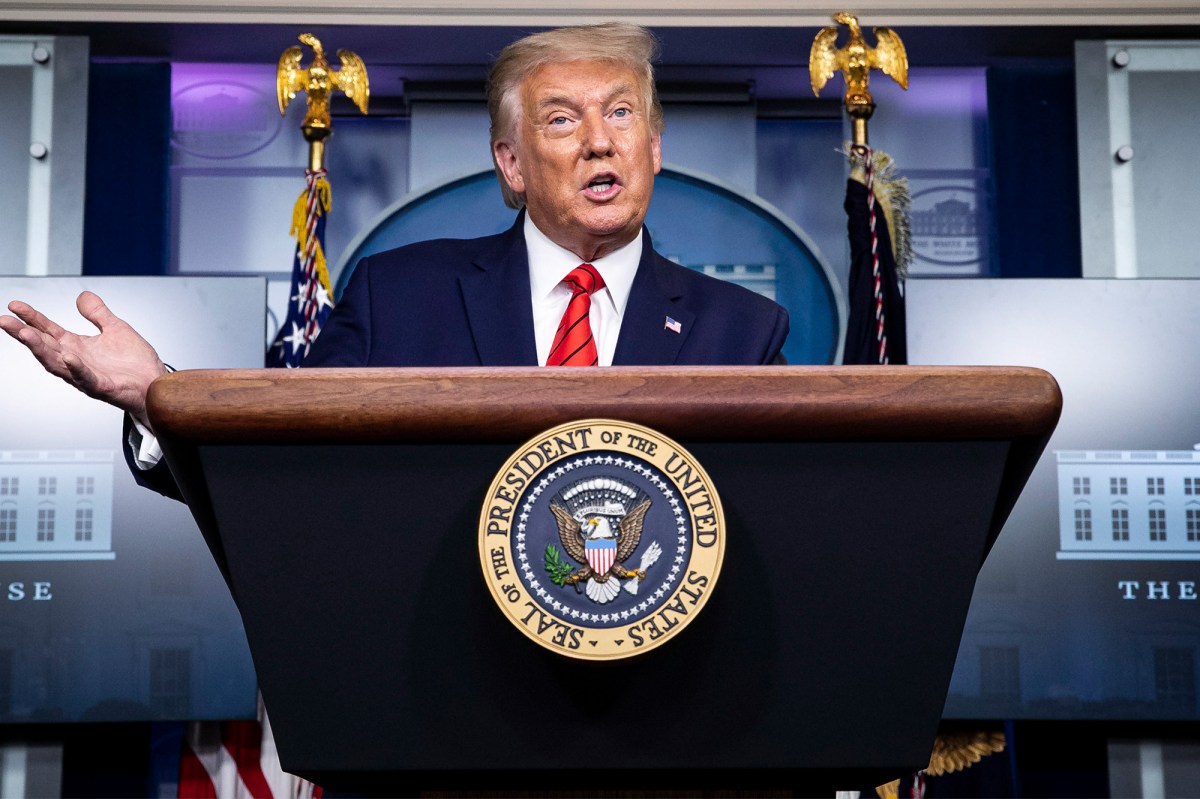 WASHINGTON — President Trump says he turned down a meeting with Jacob Blake’s family during his visit to Wisconsin on Tuesday because they wanted a lawyer present, something he said was “inappropriate.”

During a Monday evening briefing at the White House, Trump also claimed he spoke to the family’s pastor but a confused Jacob Blake Sr. told CNN immediately afterward that they didn’t have one.

“I thought it would be better not to do anything where there are lawyers involved,” Trump told reporters.

“They wanted me to speak but they wanted to have lawyers involved. I thought it was inappropriate so I didn’t do that,” he continued.

“They did have a lawyer that wanted to be on the phone and I said, ‘No, that’s inappropriate,’ but I just gave my best regards,” he said.

Trump is yet to make contact with Blake’s family more than a week after he was shot in the back by a white police officer in front of his three young sons in Kenosha, Wisconsin — sparking a fresh round of protests across the country.

The president will visit Kenosha on Wednesday to tour damaged businesses and thank local law enforcement for squashing protests, defying the wishes of the state’s governor who asked Trump to stay away, but will not meet with Blake’s family.

Trump said he spoke to the family’s pastor, calling him a “wonderful man,” and said he may at some point speak to the family, without a lawyer.

But the Blake’s father and lawyer Benjamin Crump told CNN after Trump’s briefing they had no idea who the president spoke to.

“First of all, I’m not going to play politics,” Jacob Blake Sr. said. “This is my son’s life we’re talking about. Second of all, we don’t have a family pastor. I don’t know who he talked to.”

“Furthermore, I don’t care who he talked to… This is not politics. This is about the life of my son and Benjamin Crump represents my family,” he continued.

“I’m worried about my son and we’re not dealing with politics. It has nothing to do with a photo-op,” he added.

“While they’re concentrating on their son’s life, they want us to concentrate on the fight for justice,” he said, adding that Democratic ticket Joe Biden and Kamala Harris spoke to the family with Crump on the line and had no problem with it.

“Last I checked, there was a Department of Justice investigation going on so it would be most appropriate to have your counsel on the phone,” he continued.

Blake, 29, remains in hospital and is paralyzed from the waist down. Cops said they shot the man because he was resisting arrest and said they found a knife in his car.

The case is under investigation.