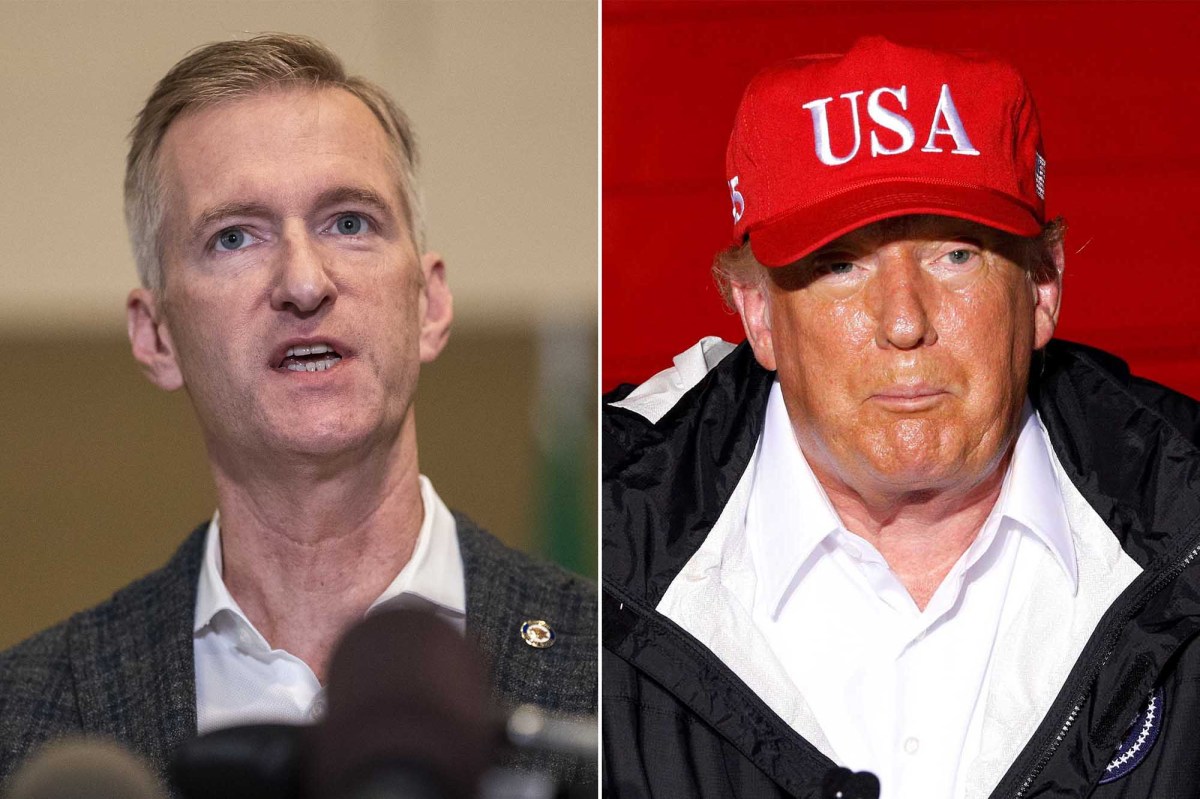 “President Trump, for four years we’ve had to live with you and your racist attacks on black people,” Wheeler said in a moment of direct address during a briefing on the Saturday night death of Jay Bishop. “Do you seriously wonder, Mr. President, why this is the first time in decades that America has seen this level of violence?

“It’s you who have the hate and the division.”

Bishop, a member of far-right group Patriot Prayer according to its founder, was fatally shot on a city street following a day of sporadic clashes between Black Lives Matter protesters and a caravan of hundreds of Trump supporters who flooded the city — “supported and energized by the president himself,” Wheeler said.

“He has actually encouraged — or at least tacitly approved of — violence,” Wheeler went on to say.

Evidently tuning in to the briefing, Trump tweeted a strong rebuttal as the presser was still rolling.

“Ted Wheeler, the wacky Radical Left Do Nothing Democrat Mayor of Portland, who has watched great death and destruction of his City during his tenure, thinks this lawless situation should go on forever. Wrong! Portland will never recover with a fool for a Mayor,” the president wrote in part.

“He tried mixing with the Agitators and Anarchists and they mocked him,” Trump continued. “He would like to blame me and the Federal Government for going in, but he hasn’t seen anything yet. We have only been there with a small group to defend our U.S. Courthouse, because he couldn’t do it.”

The president closed the thread by adding in an apparent shot at his Democratic challenger for the White House, Joe Biden.

“The people of Portland, like all other cities & parts of our great Country, want Law & Order. The Radical Left Democrat Mayors, like the dummy running Portland, or the guy right now in his basement unwilling to lead or even speak out against crime, will never be able to do it!” he wrote.

Asked in turn about the tweets, Wheeler responded on live television.

“Mr. President, how can you think that a comment like that, if you’re watching this, is in any way helpful?” he asked. “It is an aggressive stance. It is not collaborative.”

The briefing did little to illuminate the circumstances of Bishop’s shooting, for which an arrest is yet to be announced.

Wheeler spoke out strongly against those who have declared their intent on social media to flock to Portland to avenge Bishop.

“If you’re thinking you’re going to come back into our city from somewhere to seek retribution, I’m telling you to stay away,” he said. “Work with us. Help us de-escalate this situation.

“One death is too many. We don’t want other people to die.”