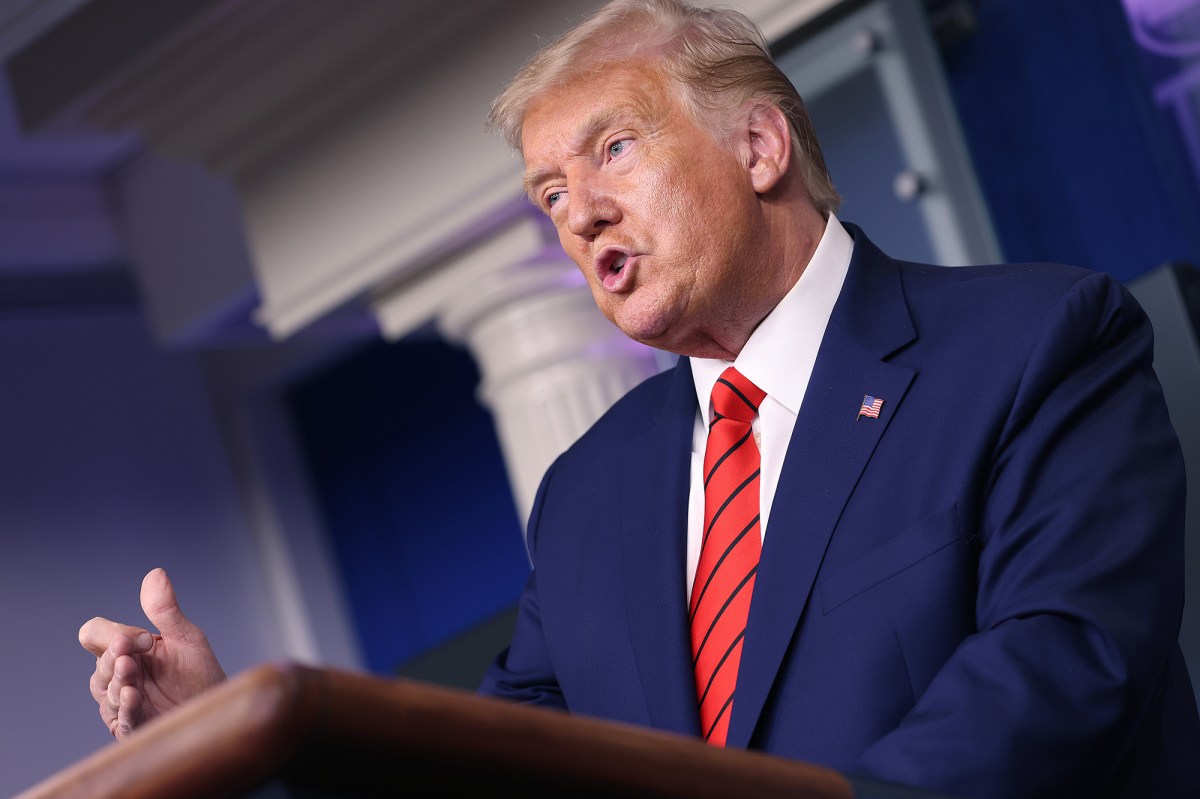 “I’d like to see law enforcement take care of everything,” Trump said in response to a question about Kyle Rittenhouse, the long-rifle-toting 17-year-old charged with shooting dead two men amid the protests over the police shooting of Jacob Blake in Kenosha, Wis., last week.

“We have to give our cops back — our police back their dignity, the respect,” Trump said at a White House press briefing Monday.

Trump said “everybody agrees you have to be very tough on bad cops,” but “sometimes you have a cop or a police person who is a good… but they choke.”

“They literally have a quarter of a second to make some of these decisions, and they make a wrong decision. It’s very devastating,” he said.

“If they make the wrong decision in the other direction, they are probably dead. So they choke sometimes. And that goes on the evening news for weeks. And the thousands and tens of thousands of great things they do, nobody covers that.”

Trump expressed sympathy for police as he prepares to tour riot damage in Kenosha on Tuesday.

The president also expressed sympathy at the briefing for Rittenhouse, whose supporters say he may have fired in self defense.

“That was an interesting situation. You saw the same tape as I saw, and he was trying to get away from them, I guess. It looks like. And he fell, and then they very violently attack him,” Trump said.

“And it was something that we’re looking at right now and it’s under investigation but I guess he was in very big trouble. He would have been, he probably would have been killed.”