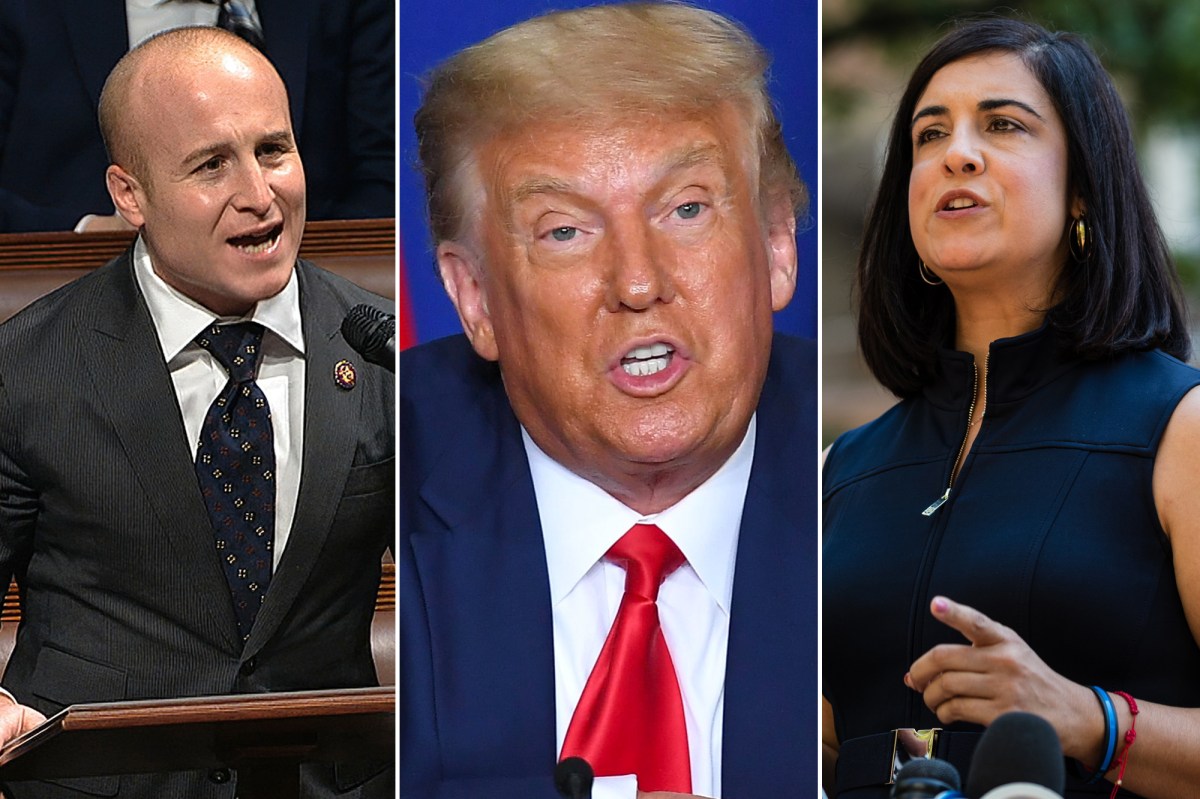 Rose immediately blasted out a release opposing Trump’s provocative plan to yank funds from the city shortly after The Post broke the story about the White House memo Wednesday night.

Malliotakis — who is backed by Trump in a bid to dethrone Rose — endorsed the president’s plan Thursday.

“I don’t care whether you’re a Democrat or a Republican, defunding was wrong then and it’s wrong now. Stop playing politics with people’s lives and put our city and our country first,” said Rose, a military veteran who served in Afghanistan.

“As the president threatens to join Mayor de Blasio in defunding the police, Nicole Malliotakis is nowhere to be found,” Rose said in a release issued Thursday morning.

Minutes later, Malliotakis, a state assemblywoman whose district overlaps with the 11th CD encompassing southern Brooklyn as well as Staten Island, applauded Trump’s defunding plan and instead took aim at what she called the city’s anti-policing policies and other wasteful spending by the de Blasio administration.

“President Trump is sending a clear message to Bill de Blasio and New York City’s left-wing elected officials; you can’t break federal laws with radical far left policies and squander billions in tax dollars on pet projects like Thrive NYC, then defund the NYPD with expectations that the federal government will bail you out,” Malliotakis said in a statement.

“Federal dollars need to come with commitments and restrictions to ensure that the taxpayers’ money is being spent on its intended purposes. The mayor needs to clamp down on lawlessness, restore the plainclothes anti-crime unit and the billion dollars he took from the NYPD. In Congress, I’ll fight to restore funding to the NYPD and fiscal responsibility to our city.”

Both Gov. Andrew Cuomo and Mayor Bill de Blasio slammed Trump’s threat to defund the city during a recession triggered by the coronavirus pandemic. The mayor said he’ll sue Trump if the president following through on his defunding threat.

“Nicole Malliotakis would rather bankrupt her own city than stand up to her own party. Let’s be clear: it’s no longer just Bill de Blasio putting our safety and economy at risk, now it’s Nicole Malliotakis, too. Every single one of these frauds has to go,” the congressman said.

Rose has been a critic of fellow Democrat de Blasio, who is unpopular in the more conservative 11th CD. Malliotakis has sought to tie Rose to de Blasio.

Police unions who’ve endorsed Malliotakis said it’s Rose who is on the wrong side of the funding fight.

“So much spin it makes our heads hurt. @NMalliotakis has always held NYC mayor and other Democratic `leaders’ accountable for their failed policies, just like the president is doing,” the NYC PBA tweeted in response.

“You’ve spent too much time marching with the real #Defund The Police fanatics,” the PBA said, referring to Rose marching in an anti-police brutality protest in June following the death of George Floyd in Minneapolis.

The Rose-Malliotakis contest is considered one of the most competitive House races in the country.