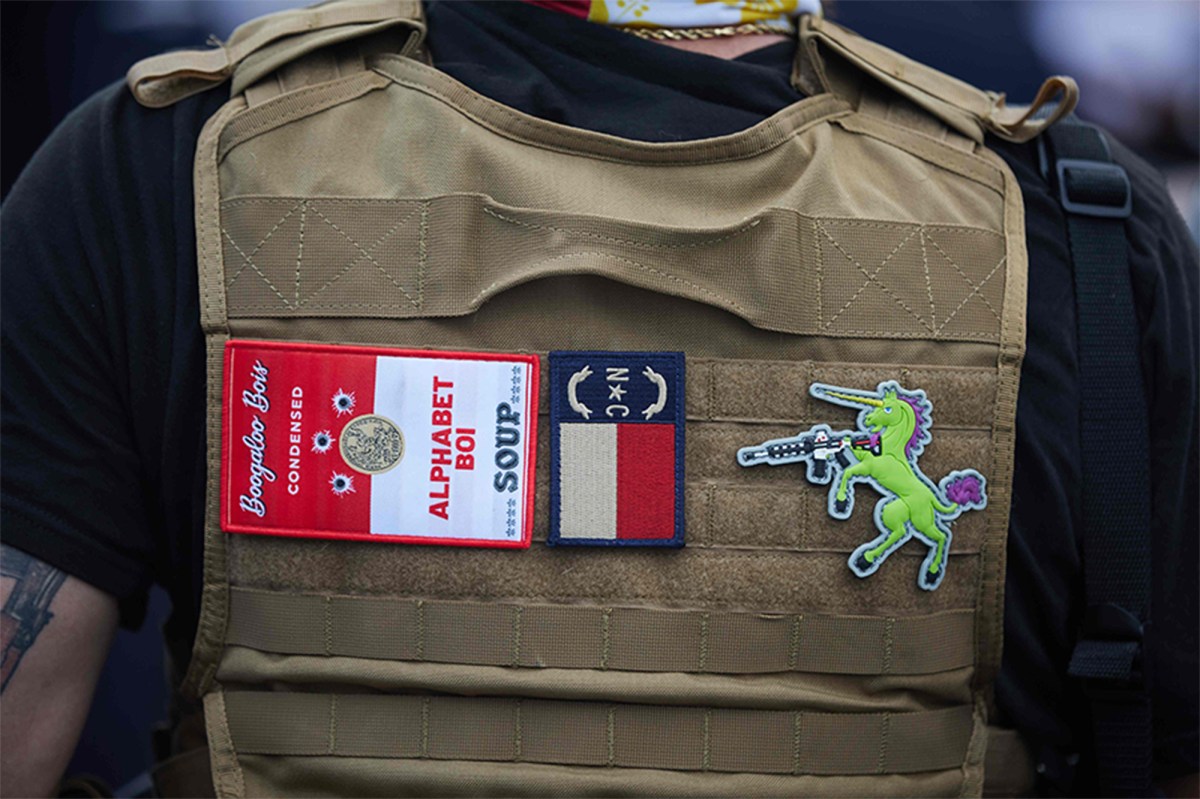 Two men from the far-right Boogaloo movement allegedly tried to supply weapons to undercover agents — who they believed were Hamas terrorists — to raise money for their own anti-government cause in the states.

Michael Robert Solomon, 30, of North Carolina, and Benjamin Ryan Teeter, 22, of Minnesota, face federal charges after prosecutors allege they offered themselves as mercenaries to Hamas simply because they believed the organization was anti-U.S.

“This case can only be understood as a disturbing example of the old adage, ‘The enemy of your enemy is your friend,’” Assistant Attorney General John C. Demers for the National Security Division said in a statement.

“As alleged in the complaint, these defendants sought to use violence against the police, other government officials and government property as part of their desire to overthrow the government.”

Members of the loosely organized Boogaloo movement hold violent pro-gun, anti-government views and believe they are leading the U.S. into a second civil war.

Solomon and Teeter were part of a sub-group called the “Boojahideen” and shared their scheme in June with an FBI informant they believed was a Hamas terrorist, the charges allege.

The two cooked up a plan to offer themselves as “mercenaries” for Hamas to raise money and purchase a Boogaloo training compound, according to federal prosecutors.

Solomon and Teeter also allegedly expressed their desire to supply “untraceable” weapons and related parts to Hamas and shared their ideas to destroy government monuments, target politicians and members of the media.

The investigation into the two began in May as protests over the police killing of George Floyd swelled across the country.

A witness had alerted the FBI that Solomon and Teeter had massive amounts of weapons and ammo and were openly discussing violent acts against police and other institutions.

“The FBI is committed to stopping acts of violence against law enforcement officers or anyone else in our communities,” said Jill Sanborn, Assistant Director of the FBI’s Counterterrorism Division.

“The defendants, in this case, were willing to work with Hamas, a foreign terrorist organization, in order to get money for potential acts of violence here in the U.S.”

The two are being held pending a detention hearing scheduled for Wednesday, Sept. 9.