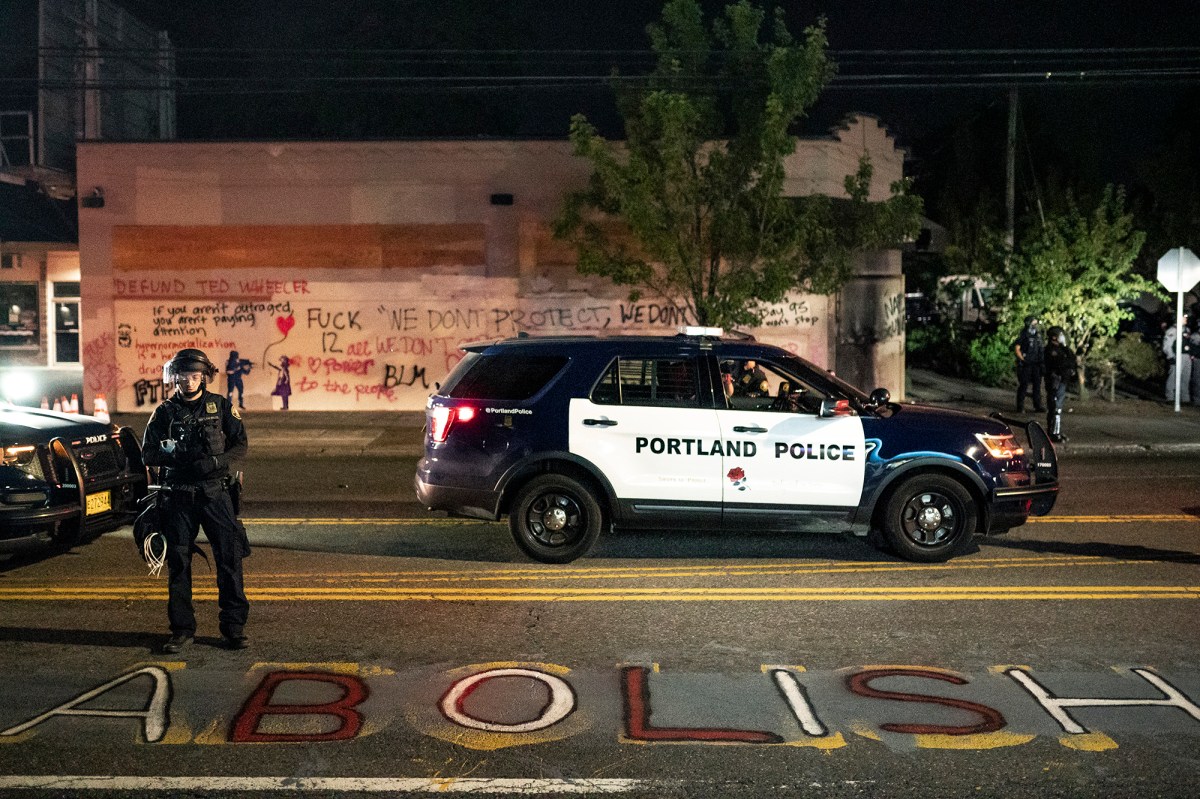 Sheriffs in two Oregon counties are refusing to obey Gov. Kate Brown’s call to send more cops to Portland to help quell ongoing riots, saying doing so “would not solve the nightly violence.”

The sheriffs in neighboring Washington and Clackamas counties made the announcements in the wake of Brown’s call for help following the fatal shooting of a man Saturday amid unrest in the Oregon city, the Oregonian reported.

“Had Governor Brown discussed her plan with my office, I would have told her it’s about changing policy, not adding resources,” Clackamas County Sheriff Craig Roberts said Monday. “Increasing law enforcement resources in Portland will not solve the nightly violence and now, murder.”

Washington County Sheriff Pat Garrett said he would provide support for cops in Portland in “indirect ways” — but would not send his deputies into harm’s way, the outlet reported.

“The lack of political support for public safety, the uncertain legal landscape, the current volatility combined with intense scrutiny on use of force presents an unacceptable risk if deputies were deployed directly,” Garrett said in a statement.

The police department in the nearby city of Gresham also told the Oregonian, “We are in agreement with the other agencies.”

Portland has been plagued by violent protests for more than three months following the May 25 police custody death of George Floyd in Minneapolis — with the unrest turning deadly over the weekend with the shooting death of a supporter of President Trump in the city.

Aaron “Jay” Danielson, identified by the leader of the right-wing group Patriot Prayer as a supporter, was gunned down amid the protests over the weekend.

Sources told the Oregonian that Michael Forest Reinhoehl, a 48-year-old self-declared member of the anarchist group Antifa, is being investigated in the shooting.

President Trump has been critical of Brown and other Portland officials for their failure to quell the nightly rioting. He urged his supporters to avoid confrontations with Black Lives Matter protesters following Danielson’s death, telling them to let law enforcement handle the unrest.