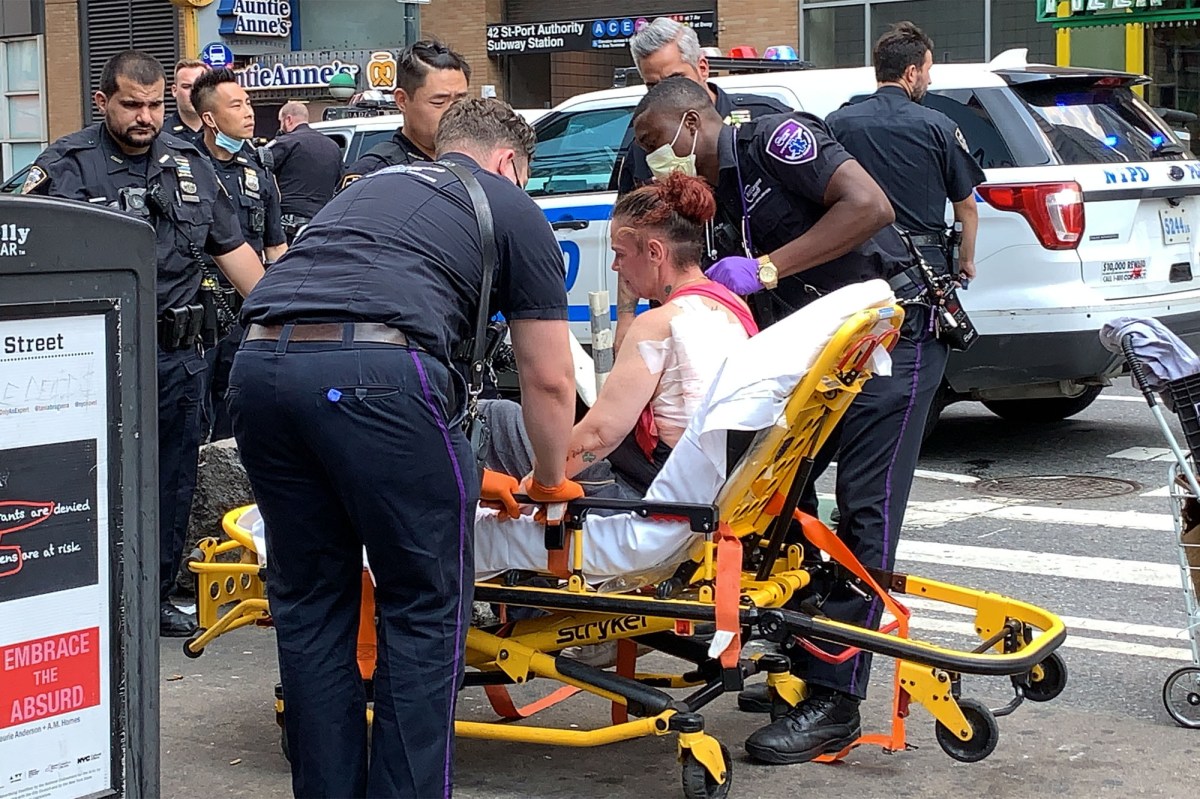 A boor with a blade slashed an art vendor and another sidewalk hawker in a fight over territory outside the New York Public Library’s iconic Midtown branch on Thursday afternoon, police said.

The violent encounter at East 42nd Street and Fifth Avenue happened at around 1:20 p.m. in the shadow of the library’s famed Patience and Fortitude lion statues.

The artist and a male companion had set up shop on the corner when some rival retailers tried to muscle in on their spot, cops said.

The newcomers got physical and threw the artist’s phone to the ground, prompting the creative — whose medium was not immediately clear — to go all Jackson Pollock with a can of Mace, cops said.

That’s when a guy with the newcomers’ side whipped out a blade and started swinging, slashing both his compatriot and the rival artist, according to police.

The street artist was slashed in the arm and treated on scene for minor injuries, while the vendor was cut on her back, according to cops. A male pal of the artist was also sliced on the chest.

The blade-wielder high-tailed it, while emergency responders rushed the vendor to Bellevue hospital. Police arrested the artist, her friend and the vendor, cops said. They’re still seeking the actual cutter, and charges against the three were pending.

Police could not immediately provide the names of those involved, but all were described as being in their mid-30s.

Locals were shaken by the violence outside of the famous library.

“Now I need to watch out for my safety while walking past the New York Public Library? This city is a hellhole,” Bobby Meyers, a 31-year-old attorney, said.

Dana Schwartz, 33, questioned why police weren’t around the area.

“A stabbing at the library? Where were the police?” Schwartz asked. “I think I will avoid taking the Bryant Park subway the next few weeks so I don’t get killed.”

Jillian Altit, 41, a Manhattan Web designer, said she’s “concerned and frustrated that Midtown is on a downslide.”