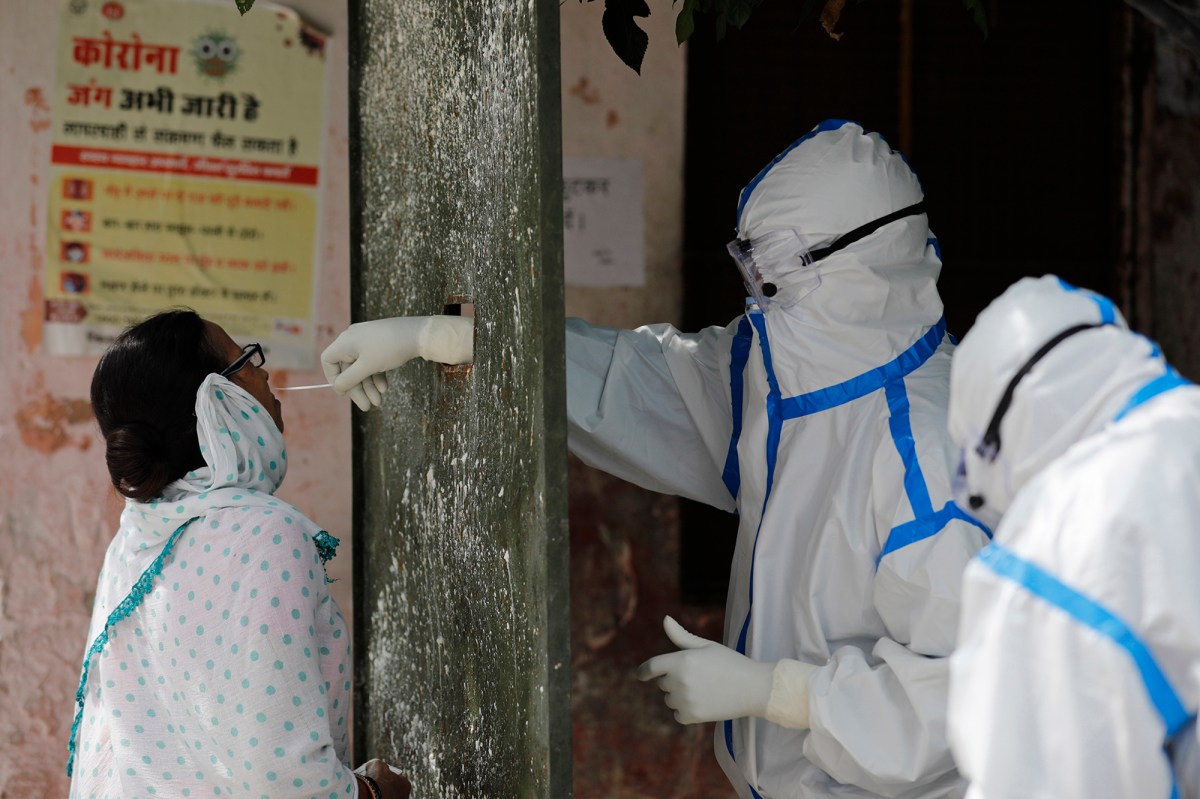 The UK just recorded its highest daily total of new coronavirus cases since May, while India broke its own troubling related world record — with another 90,632 residents confirmed overnight to have the disease.

The country’s death toll is currently the highest in Europe, at 41,551.

Meanwhile, India broke its previous global record involving positive tests in a single day — putting it on track to surpass Brazil by Monday as the nation second only to the US in terms of cases.

India now has 4.1 million confirmed cases, while the US has 6.4 million.

“We could say that we are seeing some sort of a second [coronavirus] wave in certain parts of the country,” said India government health expert Randeep Guleria, citing fatigue over restrictions as at least one reason for the virus spike.

India’s dismal new record came as the son of a Punjab political leader was arrested along with 53 others Friday for violating social-distancing guidelines at a pool party, reports said.

Locally, in New York, Gov. Andrew Cuomo announced that the state had seen its 30th straight day of positive-test results below 1 percent.

According to New York City’s Web site, the Big Apple had a .9 percent rate Sept. 2, the latest data available.