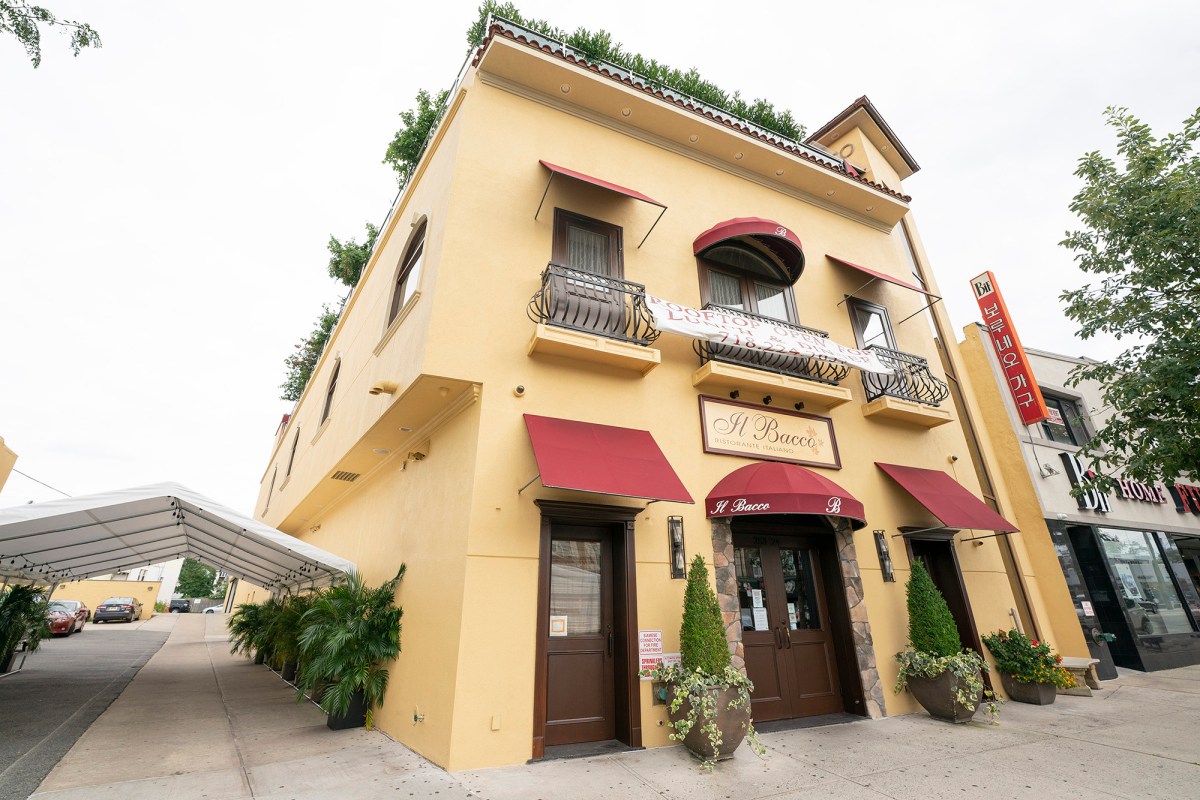 A Queens restaurant is losing business to Long Island eateries just a block away — all because diners are allowed to feast indoors on the island but not in the city, a new lawsuit says.

“If a restaurant patron travels five hundred feet east or one city block east from [Il Bacco], patrons are in Nassau County and can enjoy indoor dining in an air conditioned room,” the court papers filed Friday say. “According to Governor [Andrew] Cuomo, it is dangerous to eat at [Il Bacco] in Little Neck, Queens, but it is safe to dine indoors a few hundred feet east.”

The 28-year-old Italian restaurant can’t afford to keep operating unless it can resume indoor dining, according to the suit, which seeks an annulment of the pandemic executive order and $2 billion in damages for Il Bacco and others that may want to join the lawsuit.

Il Bacco “is losing all of its customers to restaurants in Nassau County and is suffering irreparable harm,” the suit says. “There is absolutely NO SCIENCE that will prove that “indoor dining” is safer one city bock east from [Il Bacco].”

“Although the curve has been flattened for over three months now, the Governor has nonetheless issued stricter and confusing executive orders that unreasonably and unnecessarily interfere with Plaintiff’s, and those similarly situated, constitutional rights,” the court papers allege, calling the situation “random, arbitrary and unfair.”

The executive order on indoor dining in NYC affects, not only Il Bacco, but over 150,000 other NYC restaurants too — most of which can barely pay the rent, the suit says.

Gov. Cuomo has OK’ed indoor dining in every region of the state except New York City.

The lawsuit is seeking a sweeping ruling from a judge that “the executive orders keeping people in their homes and away from their businesses — and all other orders, rules, and enforcement activity related to them — are unconstitutional,” the court papers say.

Il Bacco and the other potential plaintiffs, “bring this lawsuit to define the limits of the State’s and the City’s police power. Whatever its limits, this legal term of art is not some principle that unlocks absolute executive power and casts our Constitution to the wind,” the court filings say.

Mayor Bill de Blasio said over a week ago that he doesn’t have a plan to resume indoor dining in the city.

“What we need to do first and foremost is focus on the health and safety of New Yorkers and on bringing back our city smartly and not allowing the mistakes we’ve seen in so much of the country and so much of the world,” de Blasio said last Tuesday.

Meanwhile, on Monday New Jersey Gov. Phil Murphy announced that indoor dining would begin in the Garden State this week at 25 percent capacity.

The suit names, Gov. Cuomo, the mayor and the New York Attorney General as defendants in the case.

Richard Azzopardi, Senior Advisor to Gov. Andrew Cuomo, said, “The bottom line is that New York City was hit the hardest and the Governor took action to reduce infections in the areas that were driving clusters in other large cities around the country.

“We understand that some people are unhappy, but better unhappy than sick or worse.”

A rep with the Mayor’s office said he can’t comment on pending litigation.