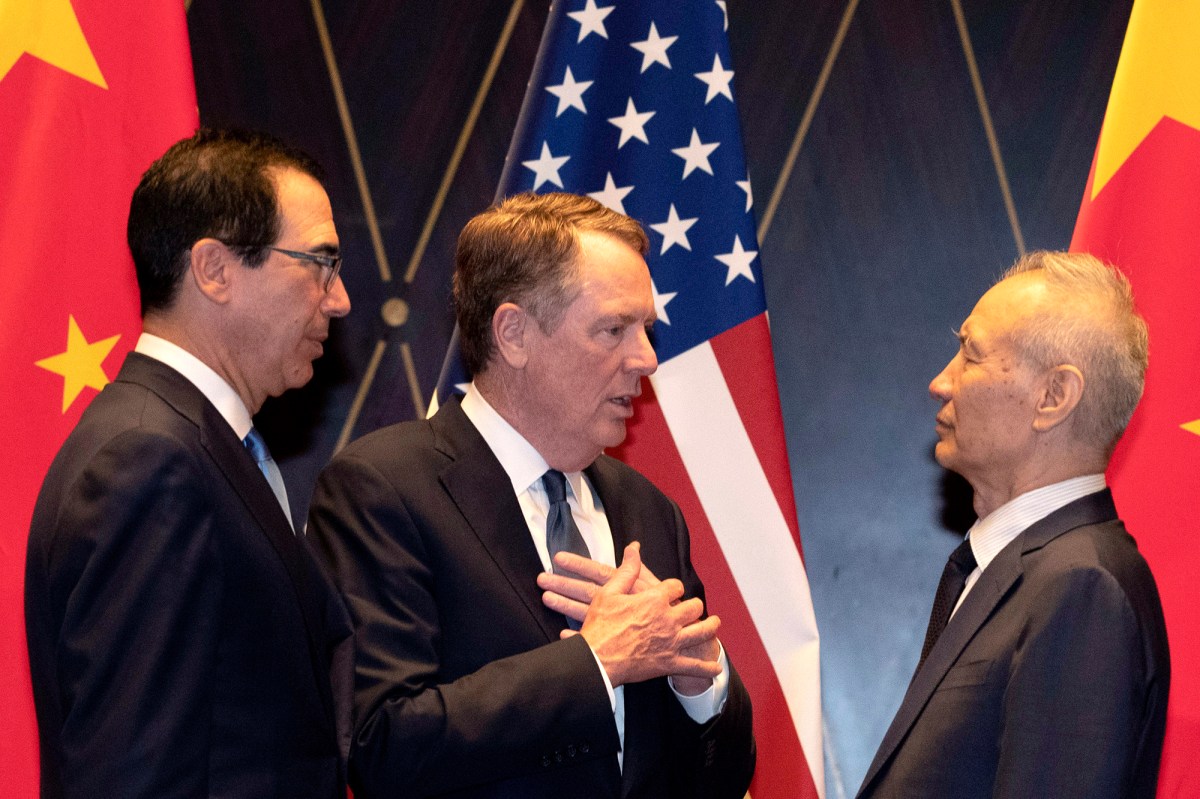 The US and China voiced their commitment late Monday to carrying out their phase one trade deal, as tensions between the two global superpowers continue to escalate.

The update came from Treasury Secretary Steven Mnuchin and US Trade Representative Robert Lighthizer, who released a joint statement after taking part in a scheduled video call with Chinese Vice Premier Liu He.

During the call, according to their statement, the three addressed “steps that China has taken to effectuate structural changes” required by the trade deal, which would “ensure greater protection for intellectual property rights, remove impediments to American companies in the areas of financial services and agriculture, and eliminate forced technology transfer.”

They also “discussed the significant increases” in China’s purchasing of US products, “as well as future actions needed to implement the agreement.”

“Both sides see progress and are committed to taking the steps necessary to ensure the success of the agreement,” the statement concluded.

President Trump signed phase one of the deal with China in January, winding down a bitter trade war between the two countries that took place amid months of tense negotiations.

In the months since, the relationship has frayed as the Communist nation has faced a wave of international scrutiny for its lack of transparency at the onset of the coronavirus outbreak.

Liu released a statement on the meeting which was published by China’s state-run Xinhua News Agency, in which he said both sides had “a constructive dialogue on strengthening bilateral coordination of macroeconomic policies and the implementation of the phase-one trade agreement.”

Over the weekend, President Trump said he had canceled a meeting scheduled for Saturday on reviewing the phase one trade deal, citing their handling of the novel virus.

Still, the administration’s top trade negotiators managed to sit down with their Chinese counterpart Monday to review the progress of the first phase of the deal.

White House Chief of Staff Mark Meadows said at the time that despite the postponement of that meeting, top trade advisers would continue to engage with the Chinese Communist Party.