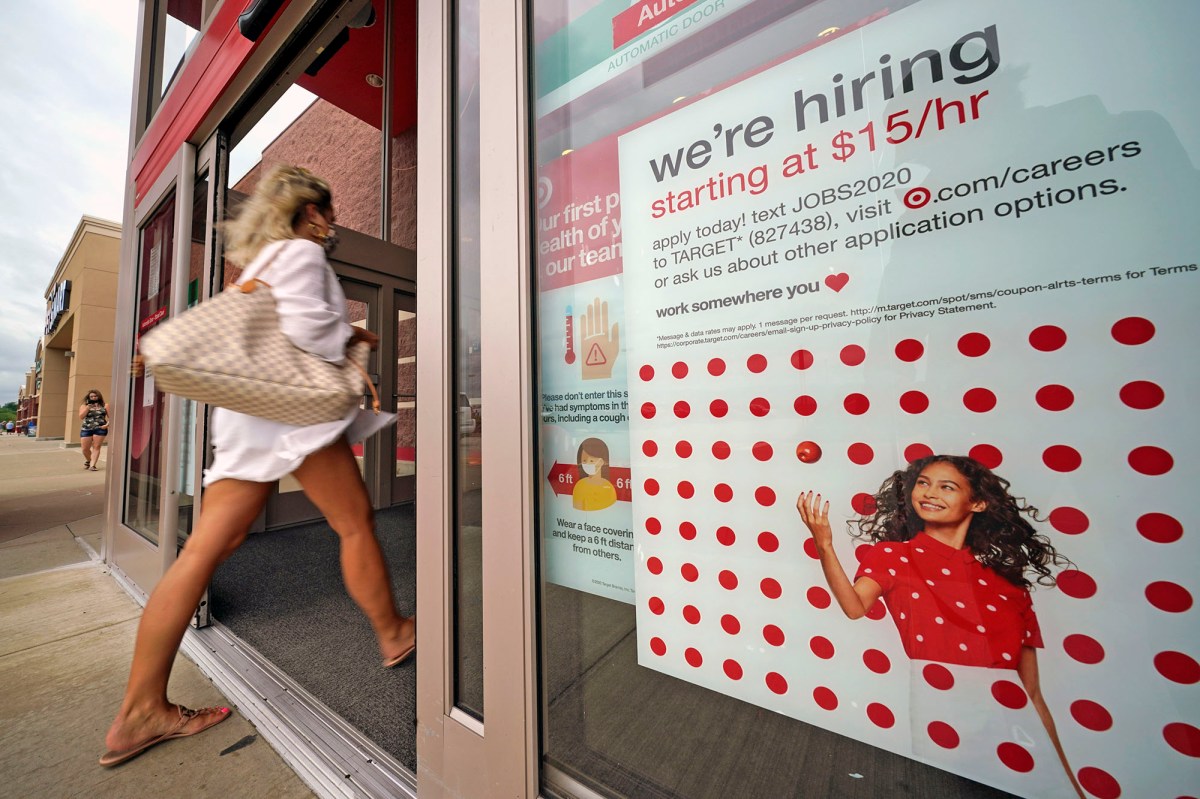 The US economy added 1.4 million jobs last month in the latest sign that the nation’s recovery from the coronavirus pandemic is losing steam, the feds said Friday.

The unemployment rate dropped to 8.4 percent in August as businesses continued to reopen following lockdowns that gutted the economy this spring, according to the Bureau of Labor Statistics’ closely watched jobs report.

But monthly job growth slowed from 1.7 million in July and a record 4.8 million in June, meaning non-farm payrolls have recovered less than half the 22.1 million jobs lost in March and April as COVID-19 upended daily life. Economists were expecting employers to add 1.4 million jobs last month.

August marked the first time since March that the unemployment rate dropped below 10 percent — the peak seen during the Great Recession a decade ago — after reaching a record high of 14.7 percent in April. But that’s partly because many still-jobless people have stopped looking for work, experts noted.

“Many Americans have been discouraged looking for jobs, even as the economy continues to reopen,” Bloomberg economists Yelena Shulyatyeva, Andrew Husby and Eliza Winger said in a commentary. “Many will have to stay home to watch the kids. Failure to return to full-time in-class schooling will push many parents to the sidelines, preventing them from seeking employment.”

More economic threats loom going into the fall. Battered industries such as airlines, automakers and public transit agencies have announced plans to lay off thousands of workers as they continue to grapple with the impacts of the pandemic.

Additionally, the feds’ $600 weekly boost to unemployment benefits expired at the end of July, killing a key source of income for out-of-work Americans. President Trump signed an executive order to replace some of the money, but Congress has made little progress toward fully restoring it or taking other steps to shore up the US economy.