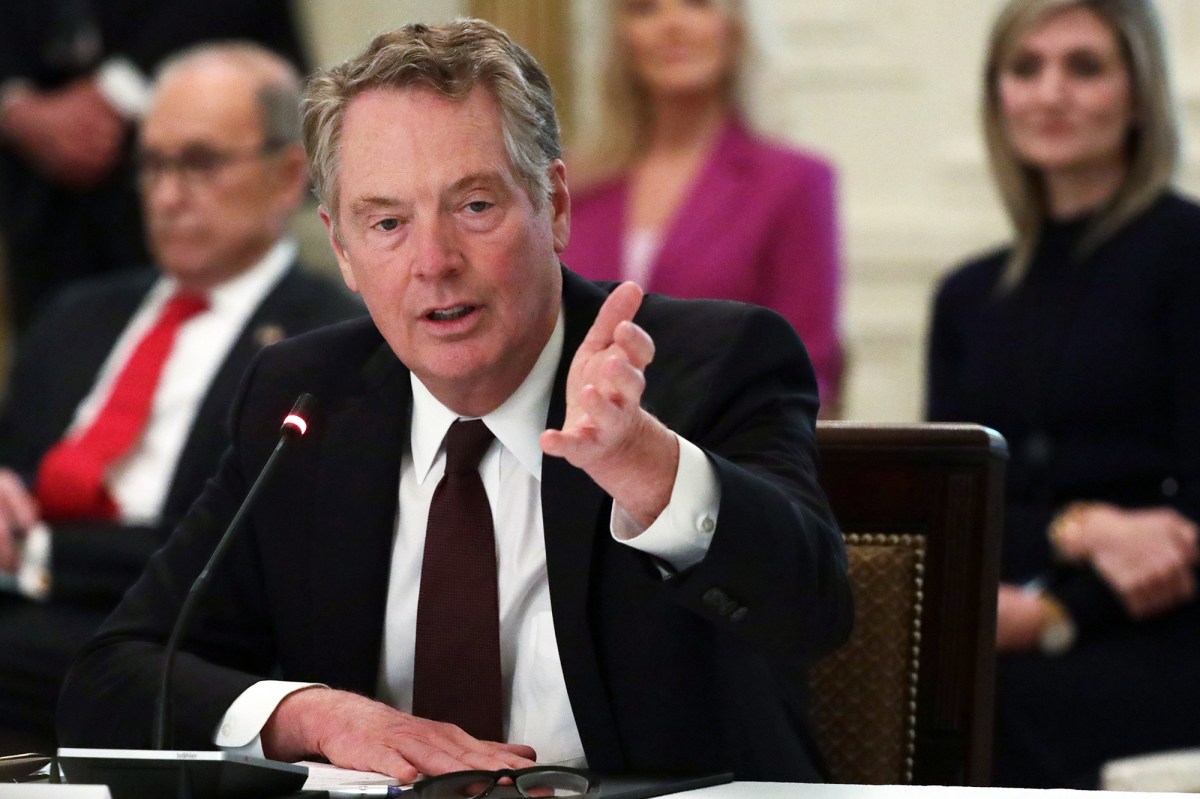 US Trade Representative Robert Lighthizer has outlined a five-point plan to overhaul the World Trade Organization as the body searches for a new leader.

The Trump administration’s top trade official detailed his agenda in a Wall Street Journal op-ed on Thursday, calling for a brand-new system to resolve international trade disputes and “baseline tariff rates that apply to all,” among other measures.

Lighthizer said the WTO’s two-stage dispute settlement process should be “totally rethought” and replaced with a system similar to commercial arbitration, with “ad-hoc tribunals” issuing rulings that only apply to the parties involved in the disagreement. WTO members should also be able to set aside “erroneous panel opinions in exceptional cases,” he said.

Lighthizer also criticized the WTO’s Appellate Body, which the Trump administration has left unable to hear cases by blocking new members from being appointed, according to reports. The body is supposed to consider appeals from countries that lose trade disputes before an expert panel that handles the first stage of the resolution process.

The US has won cases in the first stage only to have those rulings reversed by the Appellate Body, which has interpreted WTO rules “in ways that diminish rights and create new obligations not found in the text,” Lighthizer said.

“Over time, our major trade competitors like China found they could use the Appellate Body as both a sword and a shield, successfully challenging US trade-remedy laws that prevent our market from being flooded with dumped or subsidized products, while skillfully exploiting the system to escape accountability for their nonmarket behavior,” Lighthizer wrote.

In addition to benchmark tariffs for WTO members, Lighthizer called for avoiding free-trade agreements unless they’re meant to “foster regional integration among contiguous states”; ending preferential treatment for countries with large and advanced economies; and imposing rules to “stop the economic distortions that flow from China’s state capitalism.”

Lighthizer made the push as the WTO faces a leadership vacuum. Director-General Roberto Azevedo is planning to resign at the end of this month, a year ahead of schedule, and the WTO has not picked an interim boss to take over before a permanent replacement is named. Eight candidates reportedly are vying to succeed Azevedo.