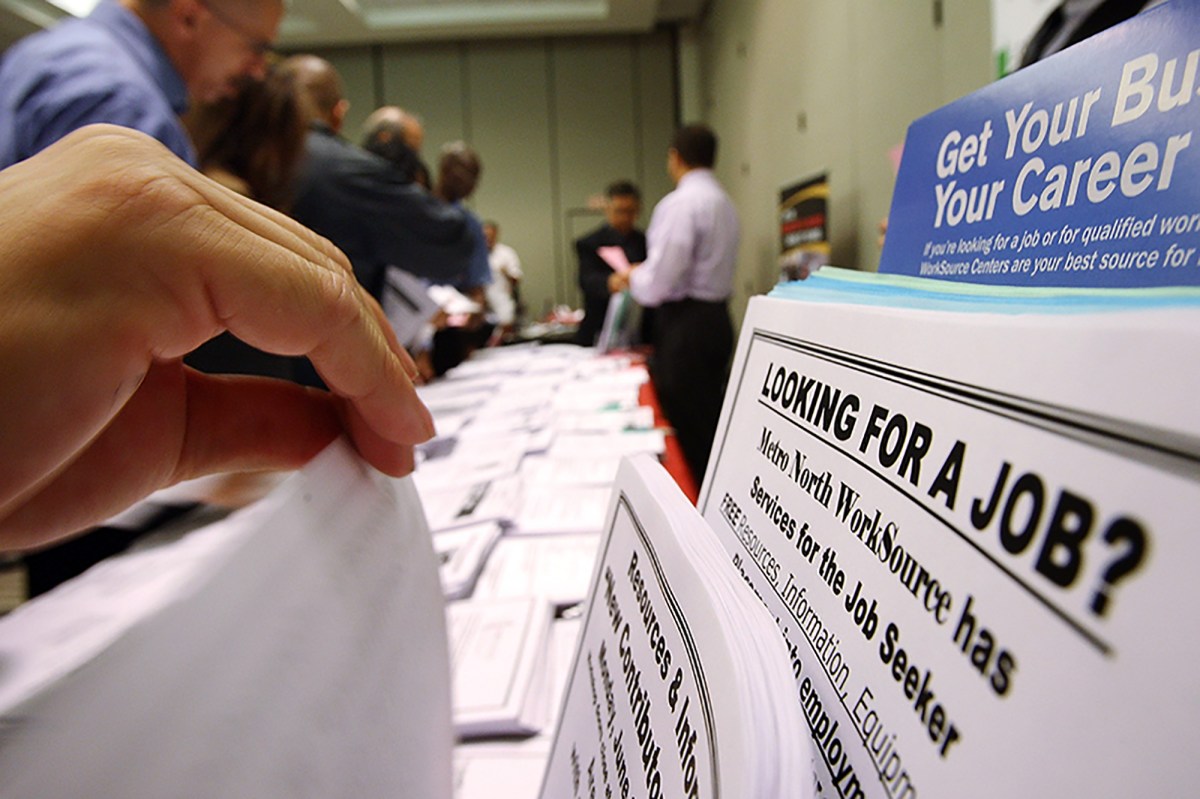 Some 881,000 Americans applied for unemployment benefits last week — down 130,000 from the prior week– as the coronavirus pandemic kept the job market under pressure, the feds said Thursday.

Last week was only second time since mid-March that the US Government could report fewer than 1 million new unemployment filings — a level that would have been unthinkable before COVID-19 sparked massive layoffs this spring.

But the drop is largely tied to changes in the US Department of Labor’s method for seasonal adjustments to the data, a process that kicked off with this week’s release. The labor market is still in crisis, even though there’s been some signs of healing , experts say.

“The economic recovery has lost some of its oomph here in August,” he added.

A seasonally adjusted total of 59.2 million initial jobless claims have poured into unemployment offices since the pandemic began — a number equivalent to roughly 37 percent of the nation’s workforce. Prior to the pandemic, the record for weekly claims was 695,000 in 1982.

The Labor Department’s changed its usual method of making seasonal adjustments — which aim to minimize distortions in data — because the pandemic had been causing the weekly report to over- or understate the number of jobless claims coming in, it said.

Officials say the new method should more accurately track the seasonal fluctuations that occur. But they haven’t made the new adjustments to previously reported numbers, meaning this week’s figures can’t be directly compared to prior weeks.

The data paint a different picture, however, when the adjustments are stripped away.

The raw total of jobless claims has hovered between 800,000 and 900,000 for four straight weeks, with 833,352 filed last week. That’s about 7,600 more than the prior week and more than four times the number filed in the comparable week last year.

“Any stagnation or backpedaling of [unemployment insurance] claims at such historic highs is severely troubling at this stage of a recovery and will likely remain as recent natural disasters across the US compound with announced layoffs from several large employers,” said Glassdoor senior economist Daniel Zhao.

The latest figures came a day ahead of Friday’s jobs report for August. Economists expect the monthly data to show job growth slowing further as the COVID-19 recovery lost momentum, though the unemployment rate is expected to drop below 10 percent for the first time since March.