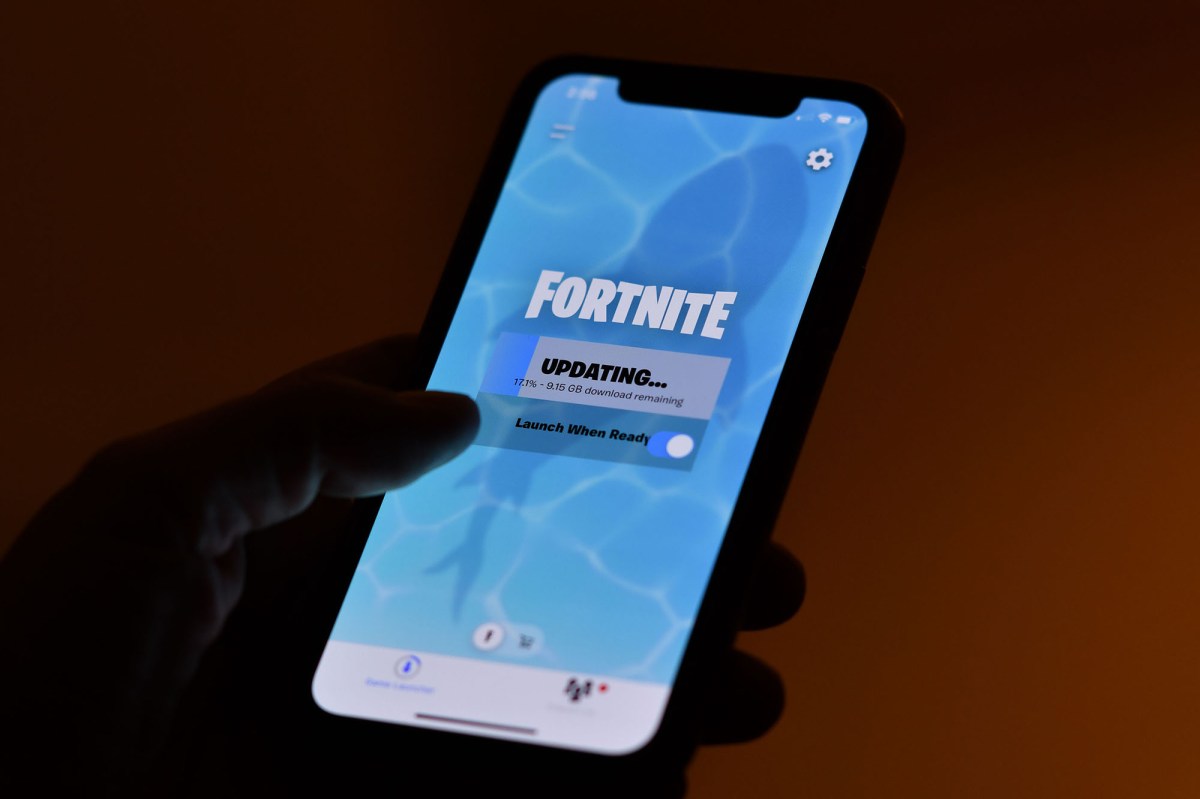 Apple’s ban of “Fortnite” from its App Store has led opportunistic sellers to try to make a quick buck.

Listings of iPhones loaded with the wildly popular, battle royale game have flooded eBay this week. A search for the term “Fortnite iPhone” brought up more than 675 results at the auction site, many of them asking thousands of dollars for years-old iPhones.

One listing for a used iPhone 8 Plus sold Thursday morning for $3,250, plus $3.90 shipping. Another, which sold on Monday four days after Apple announced its ban, went to the highest bidder for $4,750.

The listings for the used phones are usually accompanied by a screenshot showing that the previous owner has downloaded the massive multiplayer game. Business Insider first reported the phenomenon.

“LAST CHANCE TO PLAY FORTNITE ON AN IPHONE!” one listing reads. “GUARANTEE THAT PHONE IS IN PERFECT CONDITION AND FORTNITE IS WORKING AND PLAYABLE.”

“Fortnite” last week was kicked off the App Store — the only way to get apps onto the iPhone or iPad — after developer Epic Games rolled out a new payment system which allowed it to circumvent the 30 percent cut that Apple takes from all in-app transactions.

Epic subsequently sued Apple, as well as Google which also kicked it off of its app store for the same reason, accusing the tech giants of monopolistic practices and arguing that they should lower the fees they charge app developers that rely on their marketplace.

The game-developer this week asked for a restraining order to keep Apple from terminating its developer accounts and cutting it off from its development tools on Aug. 28.

Apple’s threatened move would have a massive ripple effect across the mobile game industry, as Epic also makes the Unreal Engine, a tool that other game developers use to power their three-dimensional graphics. The tool is also used by millions of other developers, including medical imaging companies and car designers, Epic said.

Epic CEO Timothy Sweeney said “Fortnite” had 350 million registered users as of June 2020, but that Apple’s move will stop them from getting the updates needed to play the game’s most popular mode — a “Battle Royale” match of up to 100 players where the last survivor wins.

“Apple’s actions will ‘break’ Fortnite for millions of existing players,” Sweeney wrote, saying Epic updates the game every few weeks. “Because iOS users can no longer update the game, they will be unable to play Fortnite with most other players, who will have the then-current version available on other platforms” such as PCs.

Apple, for its part, has argued that “Fortnite”‘s problem is entirely of its own creation.

“The problem Epic has created for itself is one that can easily be remedied if they submit an update of their app that reverts it to comply with the guidelines they agreed to and which apply to all developers,” Apple said in a statement. “We won’t make an exception for Epic because we don’t think it’s right to put their business interests ahead of the guidelines that protect our customers.”