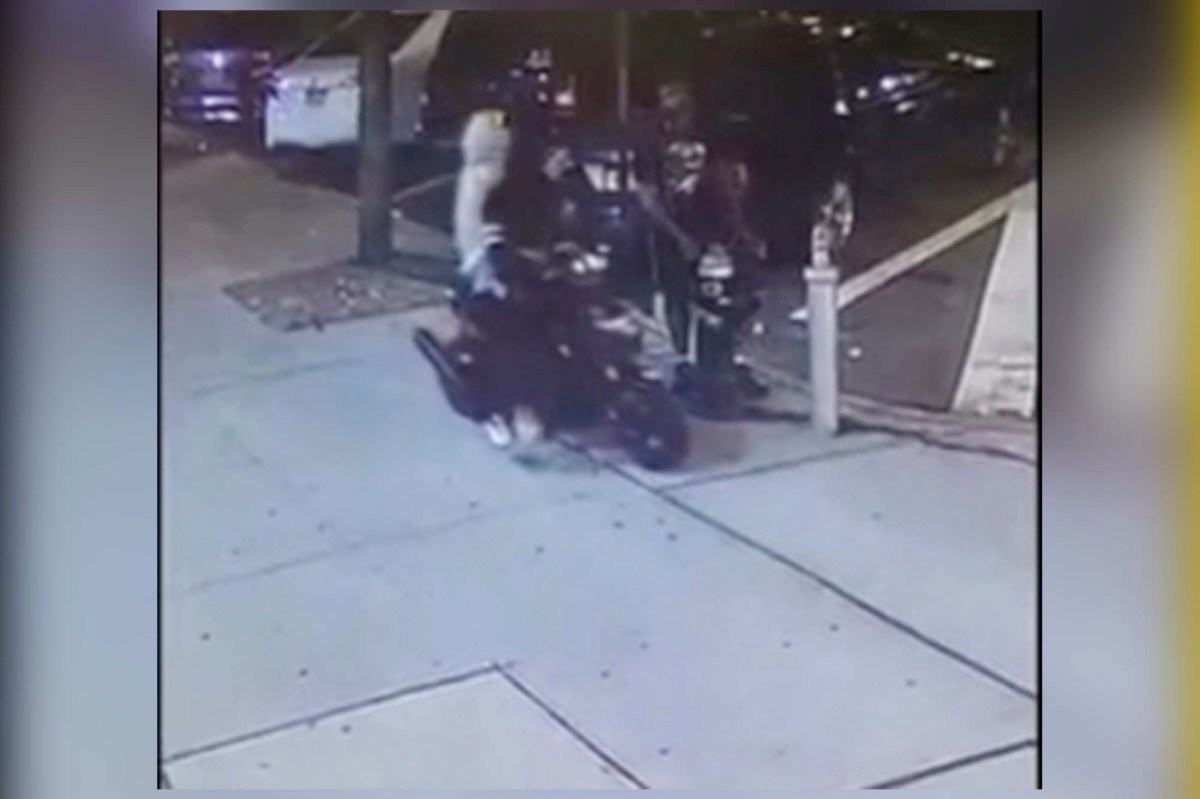 Dramatic footage shows the moment a 26-year-old man was fatally shot at point-blank range by a gunman on a motorbike in Upper Manhattan on Wednesday night.

The victim, one of three men gunned down across the city in less than three hours, was shot several times about 11:05 p.m. at West 175 Street and Saint Nicholas Avenue in Washington Heights, cops said.

Video shows the victim calmly walking on the sidewalk before leaning on a bollard as his attackers drive up behind him on a motorbike.

Once the suspects pull up next to the victim, he looks over at them before being shot from feet away by the rear passenger of the motorbike, the video shows.

Police said the victim was struck in the arm, chest and shoulder. He was taken by EMS to NYC Health & Hospitals/Harlem, where he died.

The suspects were still at large as of late Thursday night, according to police.