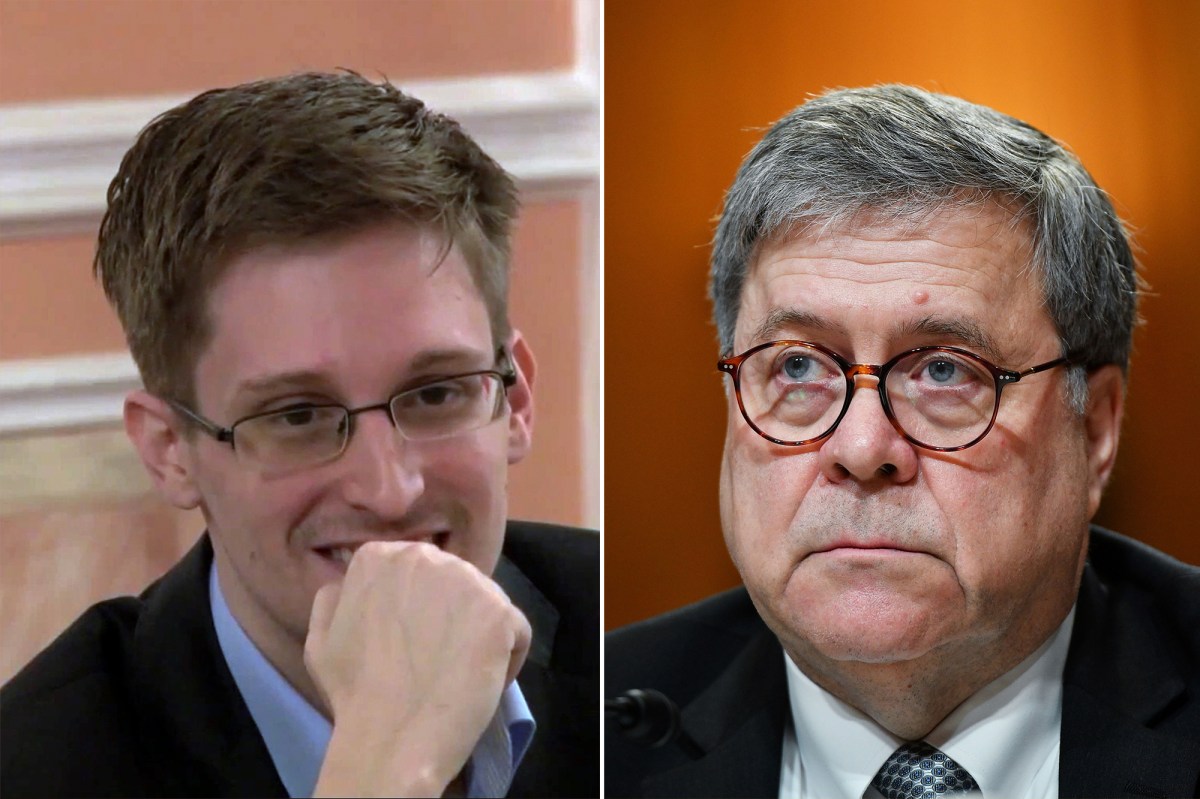 President Trump and his top law enforcement chief appear at odds over the fate of whistleblower Edward Snowden.

“He was a traitor and the information he provided our adversaries greatly hurt the safety of the American people,” Barr said. “He was peddling it around like a commercial merchant. We can’t tolerate that.”

Snowden has been living in Russia to avoid prosecution on federal charges of government property and espionage.

Trump floated a pardon for Snowden twice last week, saying those around him felt he was unfairly treated for leaking highly classified NSA documents on the agency’s mass surveillance and intelligence gathering programs.

If Trump were serious, it would signify a remarkable change of heart for the president, who before taking office described Snowden as a traitor worthy of execution.

“I’m not that aware of the Snowden situation. I’m going to start looking at it. There are many many people, it seems to be a split decision,” Trump said last weekend.

“Many people think that he should be somehow treated differently and other people think he did very bad things,” the president went on.