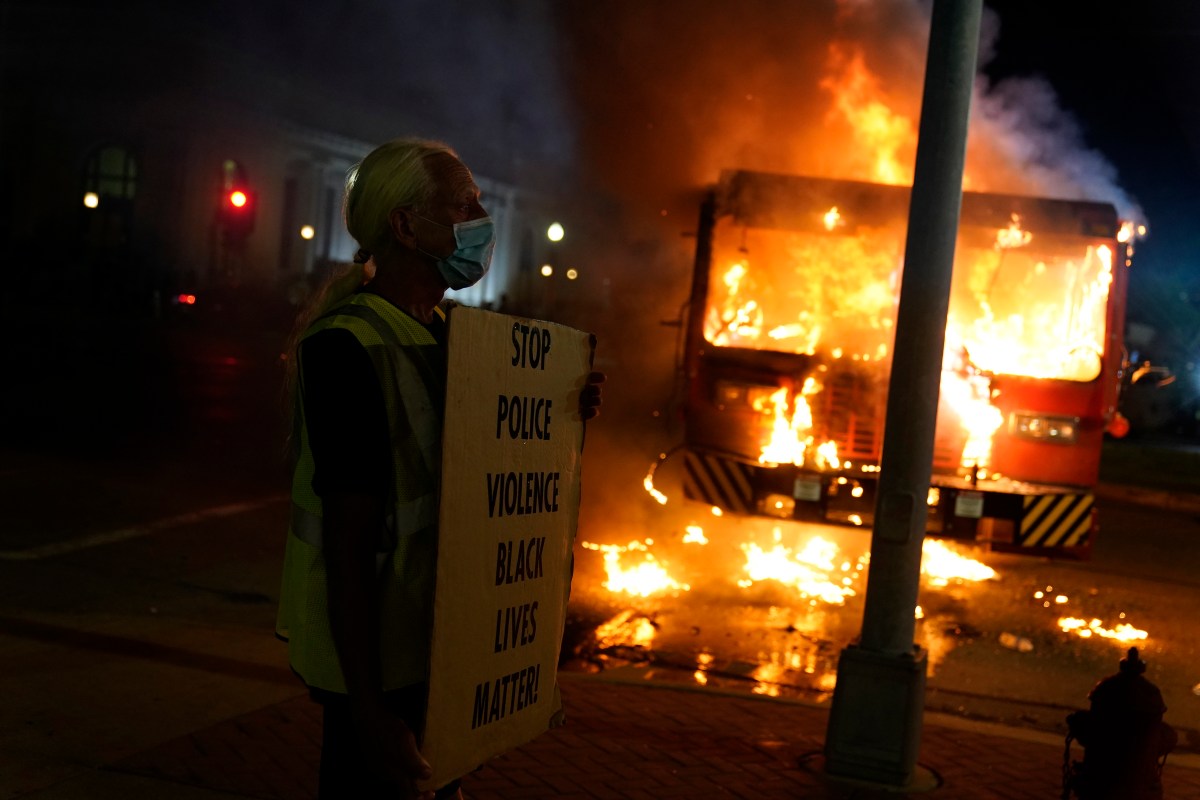 Protesters for the second consecutive night wreaked havoc in Kenosha, Wisconsin — setting fires to buildings and facing off with authorities over the police shooting of Jacob Blake.

In defiance of an 8 p.m. curfew, the crowd set ablaze a furniture store, a building that houses the Wisconsin Department of Corrections and cars at a local dealership, according to footage posted to social media.

Shelby Talcott, a reporter for The Daily Caller, posted a video to Twitter of the furniture store fully engulfed in flames.

Another video posted by The Daily Caller’s Jorge Ventura shows several cars up in flames at a dealership for the second night in a row.

Earlier in the night protesters squared off with police in riot gear outside the Kenosha County Courthouse.

The chaos comes as Blake, 29, remains hospitalized after being shot several times in the back by an officer trying to stop him from getting into his car Sunday afternoon.

“We will not excuse the actions of the Kenosha Police department, but his mother asks everyone to please remain peaceful,” tweeted Blake’s cousin, Pauly.