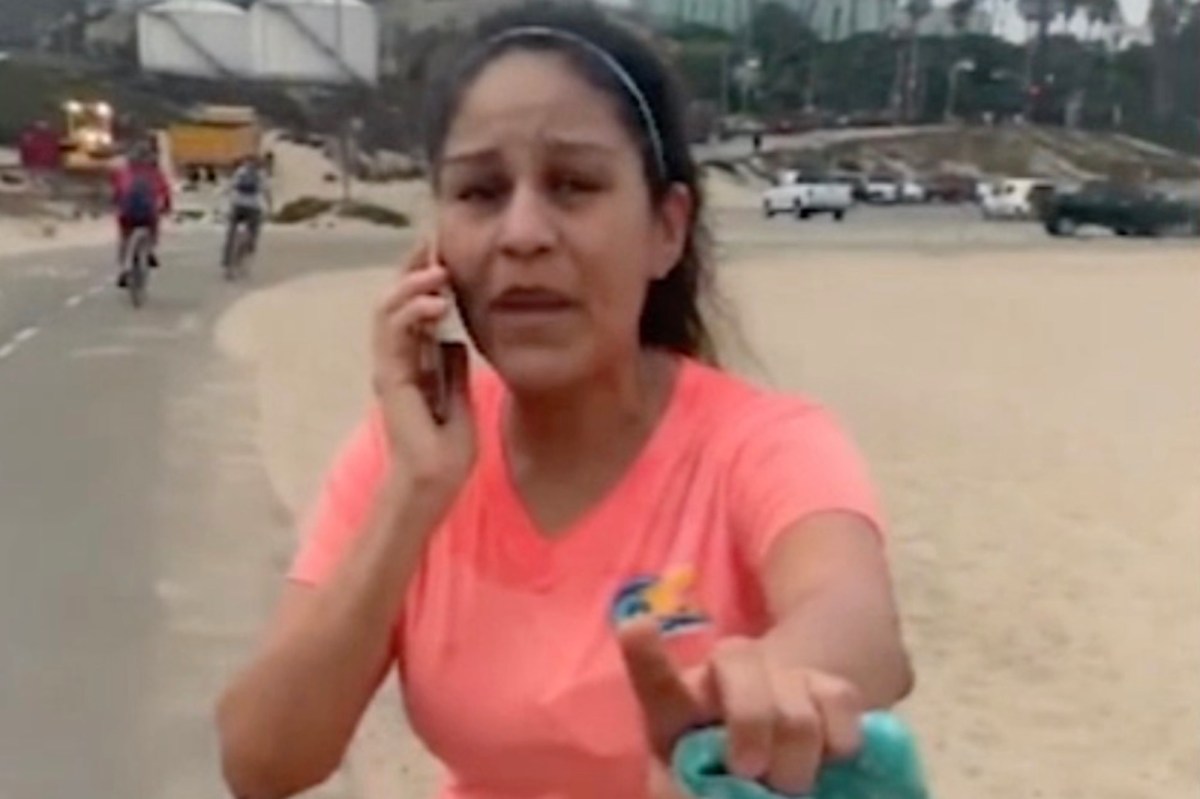 A woman in California called the cops on three black women claiming she was attacked by “an African black person,” video shows.

The three women — identified only as Brittany, Jessyka and Raquel – said they were jogging early Sunday at Dockweiler State Beach when an unidentified woman starting hurling racial slurs at them.

“My emergency is that I was just attacked by an African black person,” the panicked woman yelled on the footage shared with KABC. “She just attacked me from behind.”

The three joggers said they initially encountered the woman as they started their run, when she hurled a racial slur at them. One of the black women later started recording their interaction when they met up again.

“I have to expose this, so I actually caught up to her and was like, ‘Tell me again what you said,’” Brittany told the station. “And that’s when I started recording and she just continued.”

The woman then said she was calling cops, claiming she had been attacked from behind by the three joggers.

“My environment has been harmed by this African black person,” the woman says in the clip while holding up her cellphone.

Another jogger in the trio claimed the woman called them “the virus” and said they didn’t belong in southern California.

“She continued on that she was from Mexico and this was her continent and we needed to back to our continent,” Raquel told NBC Los Angeles.

The joggers told the station they started recording the confrontation when the woman falsely claimed they had attacked her, the station reports.

The unidentified woman, meanwhile, had called police in El Segundo, where officers told her following an initial investigation to reach out to LAPD, saying the incident took place in LA, NBC Los Angeles reports.

“Since then, a disturbing video has been posted on social media showing that woman using racially charged language toward the individual recording,” El Segundo police said in a statement.

“Although this incident did not occur in El Segundo, that behavior has no place in any community. El Segundo stands against racism and is committed to making sure everyone who lives, works and visits feels welcome.”

It was immediately unclear if the woman followed up and called LA cops, Lomeli said Thursday.

The joggers said the hateful encounter reminded them of Amy Cooper, the white woman who called NYPD while walking her dog in Central Park in late May, claiming a black man who was birdwatching was threatening her.

“It was very similar to what we saw in Central Park — knowing that she could arm herself with our blackness and make us a threat,” Raquel told NBC Los Angeles.