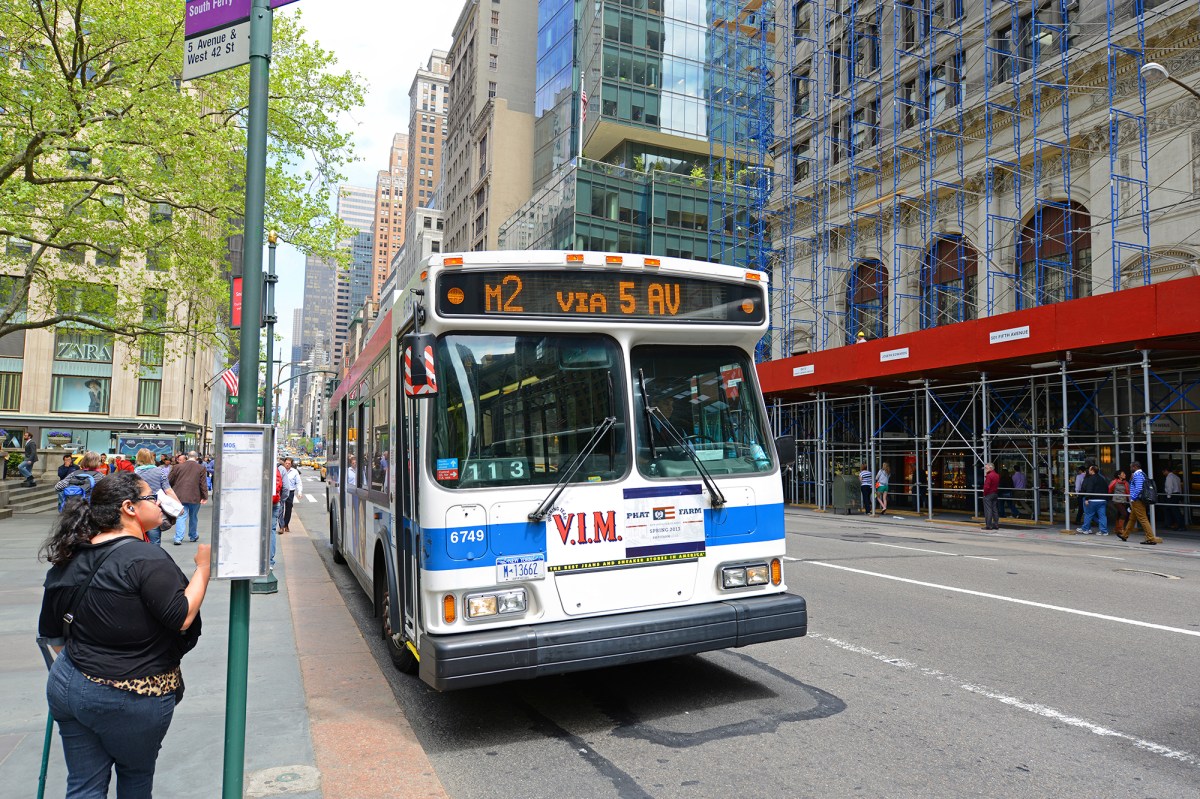 NYPD cops are on the hunt for a woman who roughed up an MTA bus driver in Manhattan after he booted her and a pal for hassling a fellow passenger, officials said Sunday.

The driver, 35, was guiding the M2 bus through the East Village around 10:50 p.m. Aug. 31 when he saw the woman and a man threatening another rider, according to police.

The driver ejected the pair from the bus at East Eighth and Lafayette streets, then parked about a block away on Astor Place for a break, authorities said.

That’s when the pair allegedly forced open the door of the bus and climbed aboard, according to cops.

“Beat him up,” the male assailant snarled to his gal pal, who allegedly slugged the driver in the face before they both fled, police said.

The driver was treated at New York Downtown Hospital.

The brown-haired woman, described by cops as about 5-foot-2 with a medium build, was last seen wearing a black face mask, a blue shirt, blue jeans and black sneakers.

She was also wearing a large backpack, and wheeling around a piece of rolling luggage.

The male suspect, said to be about 5-foot-5 with a medium build, wore a dark baseball cap, a white shirt, blue jeans and black sneakers.

He has dark hair and a beard.

Anyone with information on the attack is asked to call 1-800-577-TIPS.

Felony assaults surged in the city’s subway system over the summer, and last week a man shoved a 65-year-old MTA conductor onto the tracks in Brooklyn, where the worker was nearly hit by a train.